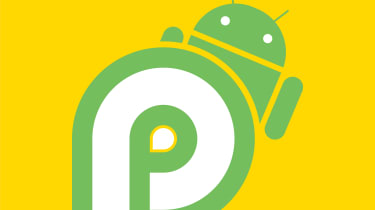 Google released the beta version of Android P, the ninth installment of its mobile operating system, as well as the second developer preview of the upcoming Android version at the I/O Conference in California.

Google's goal for Android P is to streamline the user interface so that customers can easily find and use apps and complete tasks. Using Project Treble, which rolled out with Android Oreo in August 2017 and simplifies updates and patches, Android P will offer an array of new features.

Two of the engineers involved in the Android P build have revealed their plans for boosting the power and efficiency of the Android P platform when it comes to battery life.

Benjamin Poiesz, group product manager for the Android Framework, and Tim Murray, a senior staff software engineer for Android spoke to ArsTechnica about why they were so enthusiastic to make the battery last longer on smartphones using Android P and how they track the data to make better decisions about how power is distributed across applications.

After reading an article on the website about the Snapdragon 810 processor on Android back in March 2015 and how it runs "really hot", Murray explained how he was adamant to fix that. So he, alongside members of the kernel and framework team started looking into how they could control the processes from Activity Monitor.

"We started enforcing affinity controls using the knowledge in activity manager service," he explained. "We started off really simple, so background services and cached apps could only run on little cores. Foreground services could use some big cores, but not all of them, and the app you're currently interacting with can use any core."

He added that the results were astounding and increased the performance per watt by double digits. When it came to developing Android P, Google essentially super-charged that process and extended the way it ran to include apps that worked when the screen was off rather than when the device was being used. The result of the Android teams' efforts was adaptive battery.

"In P, what we did was, when you turn the screen off, these kinds of system services get moved to a more restricted CPU stack. So, rather than being able to use all of the little cores and some big cores, we just restrict them to only using little cores, and it saves some battery."

"So, adaptive battery was one of those ones where we're trying to get better and better predictions about what we think you're going to be using, so then those things can be allowed to run more, and the things that we don't think will be used, we're deferring them.

Now Google is working on refining that even further, using the anonymised data it collects from the majority of Android devices in active duty. Many of these changes will just be bug fixes, because bugs cause battery degradation, but a major contribution will also be getting the balance right between wake and asleep time and splitting deep doze and slight doze to save even more battery power.

As of 8 May, the Android Beta Program offers a download of Android P to receive feedback while the version is still in development. Six top partners will release the Android P beta: Sony Xperia XZ2, Xiaomi Mi Mix 2S, Nokia 7 Plus, Oppo R15 Pro, Vivo X21UD and X21, and Essential PH1. Pixel devices can also be enrolled and will automatically receive Android P updates.

Google released the second Android P developer preview on 9 May at the I/O conference. The first preview released in March 2018, and three more previews are expected in June and July.

We don't expect to see the completed version until August 2018, based on the release of the last iteration, Android Oreo.

Google has a tradition of naming its Android devices after chocolates and other treats -- so what will this latest iteration be named? Spring 2018 wallpapers on Google's Instagram stories hints at the name "Android Popsicle".

Other predictions include pancake, parfait, pastry, peanut brittle and pumpkin pie. Any Harry Potter fans might be looking out for an Android Puking Pastille, though the name would be a mouthful - and not a delicious one.

The new App Actions predicts what users want to do next and will suggest apps to assist with that task. When you plug in headphones, for example, the app will offer the opportunity to return to your last Spotify playlist. This function can be utilised by app developers to gain visibility for new apps or reignite interest in existing apps.

Slices provides templates for user interfaces, with support for toggles, scrolling content and other interactive functions. Through Android Jetpack, a set of app-building tools, developers can reach users across 95% of Android devices.

Simplified system navigation also enables access to Home, Overview and Google Assistant from any screen. Among other new gesture modifications, a tap takes you to the home screen and a swipe up reveals Overview, where you can see your recently used apps. While these movements could take some getting used to, Google maintains that expanding gestures will make multitasking and app discovery easier.

Adaptive Battery optimises battery use through machine learning that allocates the most battery to your most important apps. With Background restrictions, you can also see which apps are draining all of your battery and restrict those apps to the most basic and least battery-guzzling functions.

The second preview allows developers to see what their apps would look like with two notches - identical cutouts at the top and bottom center of the screen, which some reviewers are not happy with as it cuts into the screen real-estate.

On the bright side, Dynamics Processing Effect lets developers improve sound quality in their apps and adapt it to user preferences.

For users themselves, other benefits include Adaptive Brightness, which learns the level of screen brightness you like to have in differently lit situations and changes your phone's brightness automatically and accordingly; a Magnifier widget is also present to easily select and enlarge text.

A series of apps and automatic functions are geared towards helping you spend less time on your mobile device. Android P will have stats on things such as how many notifications you receive, how many times you open your phone and how much time you spend on each app.

It is also preprogrammed to turn on Do Not Disturb when you turn your phone's screen over and activate Night Light mode when it gets dark to help you go to sleep.

Whether you're participating in beta testing or following reactions to the developer previews, you might be considering how the Android P could help your business.

In the workplace, reinforced security can give you peace of mind for your important information, while adaptive battery, gesture navigation and App Actions can improve efficiency and extend the battery life of your device.

As a developer, App Actions and Slices bring visibility to your apps, and many of Android P's other new features allow you to optimise apps for customer preferences.