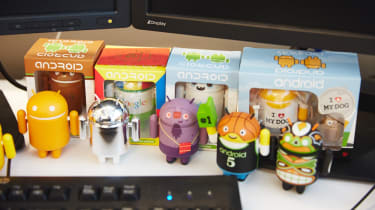 Google has launched an appeal against the 3.8 billion penalty the European Commission levied at it over the 'abuse' of Android dominance in the mobile market.

Google has refuted that it uses Android to force phone makers to use Google Search as the default search enginge for web browser apps in Android.

The EC viewed this as anti-competitive behaviour and hit the search giant with a vast fine.

But Reuters reported that Google has appealed that decision, declaring: "We have now filed our appeal of the EC's Android decision at the General Court of the EU."

Such an appeal was expected as Google said in no uncertain terms back in July when the fine was brought against it, that it would challenge the Commission's decision to penalise it.

Google's argument is that it offers Android users a wide range of choice with the open nature of its mobile operating system.

But that argument did not resonate with Margrethe Vestager, the EU's competition commissioner.

"Google is entitled to set technical requirements to ensure that functionality and apps within its own ecosystem run smoothly, but these technical requirements cannot serve as a smokescreen to prevent the development of competing Android ecosystems," Vestager said at a press conference in July. "Google cannot have its cake and eat it."

Google has been fined 4.3 billion (3.8 billion) by the European Commission over Android's dominance in the mobile devices market.

As part of an ongoing case of antitrust investigations into the company, the EU's competition commissioner, Margrethe Vestager, believes that Google is abusing its power by forcing smartphone manufacturers to adopt Android and its associated apps as default. Device manufacturers using Android have to use Google's search and web browsing apps by default and have no say in the installation of a slew of other Google-made apps like Maps, YouTube and more.

Vestager has been gunning for Google since 2016, over the company's claims that Android is open and flexible for all. The competition commissioner believes that by pre-installing Android phones with Google services, it's not, in fact, providing the consumer choice it claims to advocate.

The fine, announced today, signifies the end of Google's battle with the EU over a multitude of issues.

It was initially believed that the final fine against Google could have been a humungous 8.17 billion - 10% of Google parent company Alphabet's global turnover. As the FT stated at the time, it's unlikely for the EU to go for the full fine amount - instanced by last year's 2.4 billion (2.1 billion) sum due to an issue with how it displayed and favoured search results for Shopping searches.

Google and Alphabet have made no comment on the fines but, according to a Bloomberg source who wished to remain unnamed, Google CEO Sundar Pichai spoke with Vestager late on Tuesday to be informed of the impending fine.

As Android is used in more than 80% of smartphones on the market right now, the ruling could have a big impact on Google's business model of Android providing a gateway into its services for people. It's possible that such a ruling could change how Google operates in the EU, which may not actually be a great thing for consumers.

Google has hit back in the past about the EU's claims around Android's setup in Europe. In a blog post from 2016, Kent Walker, Google's general counsel, explained that the company believes "that our business model keeps manufacturers' costs low and their flexibility high while giving consumers unprecedented control of their mobile devices".

While Walker's statements may well be true - it's easy to not use Google Chrome, Google Search or any Google services on an Android phone if you don't want to - the European Commission disagrees. In fact, because Google holds such dominance with Android, and it makes manufacturers install Google services as default, manufacturers don't have much of a choice but to use Google, restricting what they can offer up.

If you're wondering why Google is being targeted for Android, but Apple isn't in hot water for iOS, it turns out it's because the EU doesn't see iOS and Android as the same thing. Android is licensed out, while iOS is only available on Apple's devices, and thus doesn't fall under the commission's jurisdiction.

"The commission's case is based on the idea that Android doesn't compete with Apple's iOS," said Walker. "We don't see it that way. We don't think Apple does either. Or phone makers. Or developers. Or users."

Because Google operates an open model that allows anyone to download and use Android, it allows users to break away from the likes of iOS, Blackberry's RIM and other mobile operating systems that run in a closed environment. It's arguable that many consumers use Android devices because they want to be using Google services - likely because they're already using them elsewhere and it makes more sense to use them everywhere than juggle multiple services for one task across various platforms.

By restricting access to these services, the commission runs the risk of actually making things harder for consumers, rather than easier.

Google argues that the only reason it places controls on what developers can do is to ensure that Android actually works smoothly on a wide variety of phones and tablets. If a user doesn't want to be using Google's services, it's very easy to download an alternative.