Choosing to shun Google's Play Store is not only irritating to users, it's wholly anti-consumer 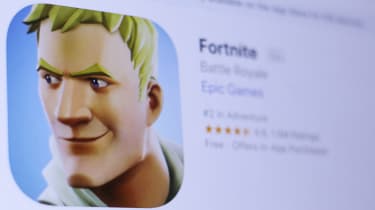 Sometimes it's hard not to feel a pang of sympathy for Google. Yes, $800 billion, monopoly-in-chief, "don't be evil" tax-dodging Google. This summer it got handed a $5 billion fine from the EU, partly for forcing phone makers to bundle Google services on their Android handsets.

Just weeks later, the biggest game on the entire planet Fortnite decided to shun the Google Play Store and make its app available as a direct download because Android is an "open platform". Talk about getting whacked from both sides.

Fortnite is, without doubt, the most high-profile app to dodge the Play Store. The game generated more than $100 million in revenue in its first 90 days on the Apple App Store (where it has no choice but to comply) and is on track to earn more than $2 billion on all platforms this year, according to Bloomberg. That's even more gobsmacking when you consider that the game is free all that revenue is raised from non-essential, cosmetic add-ons.

Of course, those zeroes after the dollar signs are the main reason why Epic Games didn't want to put Fortnite in the Play Store. As Epic's CEO, Tim Sweeney, explained to VentureBeat, he wasn't keen on handing over a 30% cut of all Fortnite revenue to Google. "If you look at it, the stores on the smartphone platforms actually do very little," he argued. "They'll put ads up in front of your game. When you search for Fortnite on iOS you'll often get PUBG or Minecraft ads. Whoever bought that ad in front of us is the top result when searching for Fortnite. It's just a bad experience."

Sweeney's right, it's not a great experience but nowhere near as bad as the experience he's subjecting gamers and their parents to.

Instead of using the Play Store, he's encouraging gamers to install Fortnite direct from the Epic website. That's largely fine if you're a fully grown adult who's streetwise enough to head straight for the Epic Games site, but not so clever if you're among the millions of eight-year-olds upwards who are going to be trying to download the game.

Whether it be dodgy videos, phishing attacks or fake SMS messages, kids will be lulled into downloading "Fortnite" from all kinds of iffy sources. It's already happening and it's going to explode. Epic's strategy is Christmas come early for the scammers.

It gets worse. To buy all those costumes, dances and other digital accoutrements that make the Fortnite Fortunes, parents can't rely on the payments they've already set up with the Google Play Store. Those password-protected credit top-ups they buy for their kids are now useless. From now on, they'll have to enter credit card or PayPal credentials afresh into Fortnite assuming that the "Fortnite" the kids have downloaded is genuine and not a cracked version supplied by a scammer. The rip-off potential is huge.

And while Sweeney talks of the poor experience of the Google Play Store, it's not as bad as the experience I had when I attempted to install Fortnite on my Samsung Galaxy S7. I got no further than five seconds into my first attempt to install the game before I was hit with an "Installation failed" message, warning of "LIBRARY-IN-NOMETADATA". Answers on a postcard.

The second and third attempts got further through the process, at least reaching the screen where you have to lower your phone's security to allow this "unknown app" to pass through, but neither completed successfully. "App not installed" was the bold message I was left to work with. Only at the fourth attempt, when I'd cleared some storage space on my phone, did the game install properly. I've never hit such roadblocks with games from the Play Store, where installation snafus and storage space requirements are ironed out before the game's even listed.

So, when Sweeney moans that the mobile app stores do "very little" for their 30%, he's wrong. First, they provide consumers with greater security download something from the official store and you can be pretty sure it's genuine (although the app stores could do a lot more to drive out imposters). Second, they provide an installation experience that doesn't leave you staring at baffling error messages or fretting over worrying messages about dropping security.

But most of all, that 30% goes towards running the biggest mobile OS on the planet. It costs serious money to develop a mobile OS, to incentivise handset manufacturers to use it and to build a developer community. Sweeney seems to think he's entitled to a free ride.

If more major app developers follow Fortnite's example, I wouldn't be surprised if Google took the Apple route and banned sideloading apps on Android handsets, giving Epic no choice but to pay whatever percentage Google chooses to have its game in the store. Putting a gun to Google's head is a bad idea, even for a shoot-em-up.