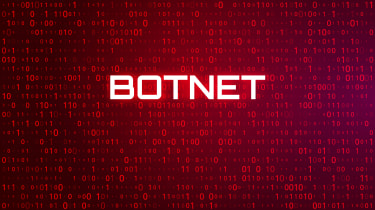 Google has responded to reports of a multimillion-dollar fraud scheme that allegedly used over 125 Android apps to steal advertising revenue.

The scheme, first exposed by BuzzFeed, involved the legitimate purchase of established applications from developers via a front company called 'We Purchase Apps'. These apps were then shared out between shell companies which not only ran and maintained them but also collected user behaviour data.

According to BuzzFeed, that data was then taken and used to train bots on TechSnab, a small to medium-sized traffic generating botnet that has existed for a few years.

From there the bots were used to effectively generate fake traffic within the 125 Android apps, alongside legitimate traffic of human users. This generated illegitimate advertising revenue for the apps as they contained adverts served through in-app ad networks, run by the likes of Google as well as other third-parties.

As a result, the apps run by We Purchase Apps' shell companies raked in millions of dollars of advertising revenue based on fraudulent traffic generated by the TechSnab botnet.

From mixing bot traffic with real user data, the bots effectively hid in plain sight and avoided detection by Google and the administrators of other ad networks.

"Last week, BuzzFeed News provided us with information that helped us identify new aspects of an ad fraud operation across apps and websites that were monetising with numerous ad platforms, including Google," the tech giant wrote in a security blog.

"While our internal systems had previously caught and blocked violating websites from our ad network, in the past week we also removed apps involved in the ad fraud scheme so they can no longer monetise with Google."

The tech giant estimated that the dollar value of impacted Google advertiser spending across these apps and websites involved with the scheme is under $10 million. The company also said the majority of advertiser spend was from invalid traffic on inventory from non-Google, third-party ad networks.

Google also said it is continuing to monitor this operation and will continue to take action if it finds any additional invalid traffic and it has blacklisted additional apps and websites that are outside of its ad network.