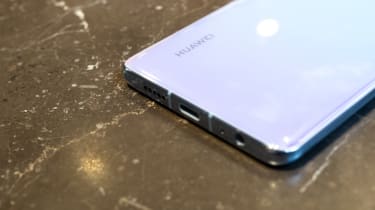 Embattled smartphone giant Huawei is readying a new handset even though it may not be able to offer Google's official Android operating system, according to reports.

The company is planning on launching its Mate 30 range of phones in Munich on 18 September, a source familiar with the matter has told Reuters, despite not being able to bundle in licensed Google apps and services.

This will be the first smartphone launched by Huawei since Donald Trump's administration blacklisted the company back in May over alleged security fears - an allegation the company has repeatedly denied.

Following the ban, a number of US companies cut ties with Huawei, such as chip manufacturer ARM and, crucially, Google. The tech giant, which provides Android also confirmed to Reuters that the Mate 30 cannot be sold with licensed Google apps and services due to the ban.

The main crux of the ban is over Huawei's alleged ties with the Chinese government and fears that the network infrastructure technology it provides could be used for espionage. It is worth noting that the company doesn't sell smartphones in the US and the impact the ban is having on that facet of the business is more of an unintended consequence. The US is also in a drawn-out trade war with China and Huawei has often been mentioned within that context.

Despite the ban, and its effect, Huawei is still seeking to use Android in its hardware, but it has been working on a backup, the recently announced HarmonyOS, due to launch at the company's developer conference in Shenzhen next month.

Currently, there are no announced plans to implement HarmonyOS in any Huawei smartphones, it's being advertised as an IoT OS for smartphones and speakers, but according to Richard Yu, CEO of Huawei's Consumer Business Group, it is a system designed to work "across all devices and scenarios".

"HarmonyOS is completely different from Android and iOS," he said. "It is a microkernel-based, distributed OS that delivers a smooth experience across all scenarios."