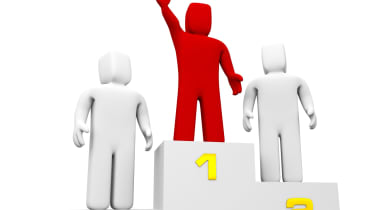 Cabinet Office minister Francis Maude has pledged to make the UK the "most digital government" in the G8 by 2015.

A wave of 25 "exemplar" online public services, including student loan applications, the property register and electoral role, will go live by the end of 2015, he said, improving the quality of service delivered to users while saving the Exchequer money.

We were spending a lot, but actually we were ranked fairly low in terms of e-governance.

Speaking on the BBC's Daily Politics show, he said: "[In the past] we spent more per capita on IT than any other country except perhaps Sweden and Switzerland, and to get Switzerland up there you have to include the cost of CERN.

"We were spending a lot, but actually we were ranked fairly low in terms of e-governance."

Maude said the main reason for the lack of engagement with government online services online was failed transactions, rather than lack of interest.

"You then get huge numbers of people making enquiries on the phone, people having to do it face-to-face or by post, which is not actually the way most people want to do it," he explained, adding that better designed and functioning government apps will help overcome this.

The Government will measure the success of its ambition to become the most digital government in the G8 through the number of transactions completed online, as well as through external rankings.

However, Clive Longbottom, service director at market watcher Quocirca, told IT Pro: "It is difficult to quantify how much a government has been digitised. Is it by number of services available?  Number of transactions carried out (per thousand population)?  Amount of data stored?  Number of projects undertaken?  None of these make any sense.

"A digital first' approach alongside lots of projects (many of which are overspent, under-performing and too large) does not make for the most digital government'."

Longbottom said he thought Maude "is doing a reasonable job", but that resistance from civil servants may stand in the way of progress.

Katy Ring, research director of IT services at 451 Research, added: "Providing online access to services is really the only way forward for Western governments with good digital infrastructure.

"However, if, as a government, you are relying on digital service delivery, you need to be confident that the infrastructure is universally in place and accessible to all."

Ring pointed out that large swathes of Wales, Scotland and the North West of England do not meet these criteria, according to Ofcom.

Ring echoed Longbottom's concern around a dearth of digital projects: "I still see very little integrated delivery of IT systems in central government, so ... having an integrated service capability spanning different departments is a long way off," she said.

"When you then consider the farce around the delivery of the new Universal Credit system, you'll see that this most digital' label is perplexing."