US Congressman aims to cut water supply to NSA datacentre 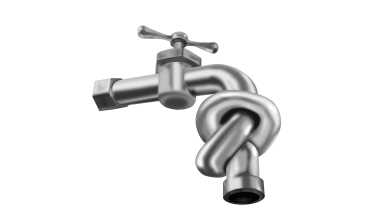 Utah Congressman Marc Roberts will launch a bid this week to shut down the NSA's Utah-based datacentre by cutting off its water supply.

The datacentre is estimated to be able to store exabytes of data. It's purpose is classified but it ispubliclyknown to support the US Comprehensive National Cybersecurity Initiative (CNCI).

The republican Representative for District 67 of Utah is using the Fourth Amendment to the United States Constitution to attempt to cripple the water-cooled datacentre.

Roberts outlined his intentions to the right-wing, localist think tank the Tenth Amendment Center, which is part of the OffNow campaign to cut off the water supply to three of the NSA's facilities.

"Without question, the mass surveillance and data collection by the Utahdatacentre is a delicate and important matter," the Congressman said.

"But for me, the language of the Fourth Amendment is clear. It simply protects us against unreasonable and unwarranted searches or seizures of our persons, private residencies and property, documents and information and personal and private belongings."

Roberts claims the actions of the NSA in monitoring the electronic communications of US citizens, as disclosed by Edward Snowden, constitutes a breach of Fourth Amendment rights.

A termination of the water supply to thedatacentre would be the second utility-related woe the facility has faced over the 12-months.

According to the Wall Street Journal, the Utahdatacentre suffered almost monthly power surges throughout the fourth quarter of 2012 and all of 2013. The spikes, which are of unknown origin, have destroyed thousands of dollars worth of equipment .

However, the outcome of a similar attempted piece of legislation in Mississippi named the 4th Amendment Protection Act was referred to the state senate rules committee on 20 January, where it died some two weeks later.