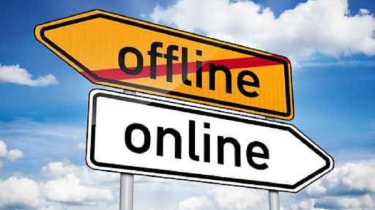 The UK government has requested the Right to be Forgotten law be dropped from the European Union's data protection legislation.

The Right to be Forgotten ruling, which allows search results deemed to be "inadequate, irrelevant or no longer relevant", or those that infringe an individual's privacy to be deleted from search engines including Google at the request of individuals, should not be administered by the EU.

Since May when the ruling was put in place, 70,000 people have requested Google delete links to articles from its search results.

Justice minister Simon Hughes told the House of Lords: "The government is currently negotiating with our 27 partners to get a new law, which is the new directive and we, the UK, would not want what is currently in the draft, which is the Right to be Forgotten, to remain. We want it to be removed, we think it is the wrong position," he said.

"I don't think as an individual and as a minister that we want the law to develop in the way that is implied by this judgment that you close down access to information in the EU, which is open in the rest of the world."

Since the directive has been announced, many media outlets including the BBC and The Guardian have voiced concerns and argued that content which is outdated still has relevancy and this ruling is one step towards media censorship.

The European Court of Justice has said that people should be able to ask for certain information about themselves to be removed from search engines, but according to some critics, Google has spun this to mean it doesn't need to tell users if certain search results have been omitted as it previously did.

Last week, Google responded to criticisms regarding its rush to implement the right to be forgotten ruling after a BBC writer objected to one of his posts being removed from the search engine.

The BBC's economics editor, Robert Peston, claimed the removal of his 2007 blog post was effectively Google casting him "into oblivion" after a commenter ask that it be removed from search.