Post Office to give staff tablets under '£100m' IT deal

Four-year contract with Computacenter ‘will underpin IT transformation’ 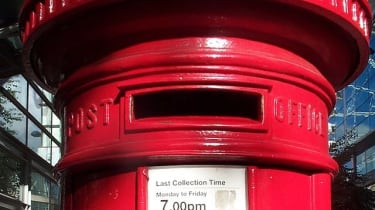 The Post Office has signed an estimated 100 million, four-year deal with Computacenter to provide more than 30,000 tablets and PCs to staff.

The outsourcer will provide managed IT services to support the public institution's modernisation agenda, as it seeks to improve services as it becomes a separate entity to Royal Mail, which was partly privatised last year.

That includes dumping legacy equipment as part of an 18-month refresh cycle that will see Computacenter procure, build and install the new tablets, laptops and desktops.

It will then give those devices to staff in 11,500 branches and 4,000 head offices, as well as providing support services the Post Office believes will be central to overhauling IT.

Techmarketview analyst Kate Hanaghan speculated that the contract could be worth 100 million.

She wrote in a blog post: "Computacenter was up against Fujitsu (who had held the contract with the PO for 18 years) and HP. The contract covers 4,000 head office users. Atos is the systems integrator and is providing the service desk. We estimate the deal could be worth more than 100m to Computacenter over four years.

"In October, Computacenter inked the deal with the PO, which is coming out from under the wing' of Royal Mail Group and is keen to put in place the components that will enable it to provide better customer services. Part of the deal is about refreshing the technology (including helping the PO to embrace tablets) but more fundamentally it's about giving the organisation the infrastructure to enable it to serve its customers in a much more modern and effective way."

Lesley Sewell, CIO at the Post Office, confirmed: "The end user computing contract with Computacenter will help us modernise our IT systems and make our business more responsive and customer-focused."

Computacenter will provide the devices with a workplace platform hosted on a private cloud in its Romford data centre, monitored 24/7.

The platform will include Microsoft Office 365 to bolster collaboration among customer support staff, while Computacenter will also provide managed print services as the Post Office aims to cut costs and complexity in its infrastructure.

Sewell said:  "Our aim is to build an IT ecosystem of best-of-breed partners. Computacenter will bring greater efficiency and agility to end user computing at the Post Office, which will empower our staff and help digitise our business."

Russell Brown, Computacenter's client director for the Post Office, added: "The new end user systems and services will give the Post Office the flexibility and scalability it needs to continue to evolve its business and the services available in its branches."

The full service is due to go live early next year once the devices and infrastructure are in place. Neither party disclosed the value of the contract.

This article was originally published on December 8, but was updated on December 9 to reflect the alleged 100 million value of the deal. 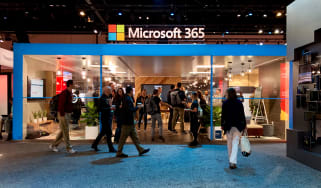