Election 2015: Too many tech failures for the incumbent to win? 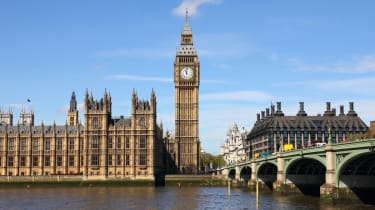 "The next Government will be the most digital government ever whatever its colour but only Labour will make it a digital government for everyone, so we can reap the full rewards of digital, both in terms of cost savings and service improvement," she says.

"This Government took four years to even write a digital inclusion strategy, and is only now waking up to the role of digital outside of Whitehall. Labour would focus on making digital work for everyone, driving that inclusive digital transformation throughout Whitehall and local government, and ensuring it empowers rather than disconnects citizens."

The next five years must be about bringing greater scale and pace to the digital transformation of our country.

Chris Pennell, Ovum's lead public sector analyst, also agrees that Francis Maude, the Cabinet Office and GDS have lacked in certain areas but he doesn't believe that political parties should be using digital to score points.

"The politicisation of IT occurred back in 2009 when the manifesto for IT in government emerged. And since then IT has become this hot potato that gets kicked about. You feel that again next year you are going to see exactly the same thing, but this time it will all be about digital. I kind of think that that's not good for IT or digital in government, I think IT needs to be disassociated from the policy side of stuff and you should be adopting best practice and approaches where possible," he says.

Pennell is, however, critical of some of the progress that the current government has made to date. Whilst he praises GDS' work on setting standards across central departments and coordinating common ways of working, he believes that the next government needs to focus on delivering large-scale digital projects, rather than simpler front-end websites and tools.

"GDS hasn't really delivered anything significant, they've put in place stuff for departments to work from and to take best practice from but as a team they get parachuted in, cause chaos in some instances, then leave departments to pick up the pieces. From a delivery point of view it needs to try harder," says Pennell.

"If you talk to Mike Bracken, he will admit that they do front office. They don't do legacy stuff and that is an issue. If you look at government expenditure, 80 per cent of it is on run and maintain. And most of that is locked up into long-term big contracts, many of which are maturing in the next 18 months or two years.

"Government has to move away from lumping everything into a large outsourcing contract and then blindly signing cheques. They just can't do that anymore. But they are not in the position where they have the skills, or the platforms, or the bandwidth to be able to suddenly throw everything out and start again."

Pennell also believes that GDS and the Cabinet Office has done little to involve the broader public sector in the digital transformation of services, despite local government accounting for a significant proportion of IT spend. Many citizen interactions with government also extend beyond central government, so if the Cabinet Office really wants to transform service delivery, then it needs to extend its reach.

"We are also not just talking about central government here, they do really need to start involving the service delivery arms local government, the police and education. That's when you'll really start to see the change. It's okay to mandate for central, that's as far as you can mandate, but as citizens, the way you interact with services goes much further than that. So if you have a two or three speed public sector, you are not going to realise the full benefit."

Georgina O'Toole, Director and analyst at TechMarketView, agrees with Pennell that too much focus has been paid to front-end of digital development and more attention needs to be given to getting the back-end in order to take advantage of modern technologies. She adds that this is unlikely to heavily involve working with SMEs, given that TechMarketView has already had reports of departments facing difficulties when trying to scale up their infrastructure and capabilities when using smaller suppliers.

"I believe that post the next general election, we will see much more emphasis on broader transformation and re-engineering of back office systems to enable greater value to be derived from the digital agenda and the implementation of SMAC (Social/Mobile/Analytics/Cloud) technologies. This will bring traditional' systems integration truly to the fore again," she says.

"I think this is more difficult under the current agenda than developing fancy front-end user-focused systems. Broader transformation is not just of the systems, but of the supporting organisation and process, which takes a lot longer to achieve and is very difficult in a world of politics that often has a short-term agenda.

"I think the Cabinet Office has already changed its tone. It knows that the large systems integrators are a necessary part of the supplier landscape. Firstly because the large legacy systems will be around for a decade or more to come. And secondly because systems integration becomes so critical in the digital' world. Meshing numerous SMAC technologies together to get best value from IT spend will not be an easy task."

In terms of giving a report on progress made to date, the consensus amongst politicians, analysts and stakeholders is that digital is now most certainly at the forefront and centre of the government's cost-saving and transformation plans, for whichever party is voted in after the general election in May.

However, whilst GDS has made good progress in redeveloping citizen-facing interactions, such as voter enrolment and applying for a driving licence, it needs to remember that the majority of spend on IT in central government comes from maintaining legacy infrastructure. And in order to become a truly modern government, attention needs to paid to transforming these systems, the contracts that govern them and integrating them with the technologies of the future cloud, mobile, social and analytics.

The next parliament will play an important part in either getting this right and setting up Whitehall for a digital future, or getting it wrong and repeating the problems of the past, which will only waste more of the taxpayer's money. As the country's technology trade association, techUK, argues in its Digital Future manifesto, the next five years are critically important.

"There's no doubt we are moving in the right direction. There has been a step change in understanding just how significant these changes are and that we are in a global race. The next five years must be about bringing greater scale and pace to the digital transformation of our country," says Julian David, CEO of techUK.

"From skills to infrastructure, digital government to digital health, we have to think big and get the job done. Get it right and the action we take over the next five years can secure our digital future for the next 30."