PSN ‘must not prioritise Whitehall’ 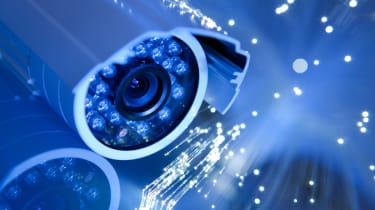 The Public Services Network (PSN) has focused on Whitehall at the expense of hundreds of councils, according to its new CTO, who has come up with a new vision for the body.

James Duncan, who became the PSN's new CTO last October, wants the service to be used more widely outside central government, and plans to allow users to encrypt their connections to the service.

As a shared network for public bodies to use common IT resources to save money, the PSN was just extended for another 12 months before its successor, the Network Services Framework (NSF), replaces it.

Despite this, Duncan wants to re-engineer the PSN to become easier to use for as many public sector customers as possible.

He wrote in a blog post that the PSN had focused too much on the needs of Whitehall, rather than the 380 local authorities it supports.

He said: "We can't forget about the central government departments that also use our network, but in the past it seems that we've focused on them at the expense of the many city, district and county councils that make up the majority of our customer base."

Schools, GP surgeries, emergency services, hospitals and charities should also be given greater attention to help them benefit from shared services, he added.

Duncan said his first priority, however, was to make the PSN a single network. Currently, the service was split into two one for public data rated IL2 under the government's impact level classification system, and another for IL3-classified data.

The latest Government Security Classification system rendered those networks redundant by grouping IL2 and IL3 data into one category, simply known as Official.

"We need the PSN to become a single network, where information can travel seamlessly from one end to the other," said Duncan. "We have been talking and will continue to talk to suppliers, customers and stakeholders about how best to achieve this."

The CTO admitted the PSN has been "challenging" for users when it comes to compliance.

He added: "The compliance regime for customers wishing to obtain a connection to the PSN that is currently in place is fraught with problems."

Those problems range from time-consuming implementation and set-up costs to the PSN body not always actually knowing how secure a council or department's connection is.

Duncan voiced his support not only for more customers connecting via the internet, but doing so with encrypted connections despite Prime Minister David Cameron's comments this week suggesting he may wish to ban encrypted messaging services.

"We need to embrace the internet as a transit method for data that is, under certain constraints, suitable for Official," he said. "To that end, we're creating an option for connectivity that allows customers to connect using  suitable encryption, via the internet."