Supplier and expert claim large suppliers still dominate, with most SMB spend going through them 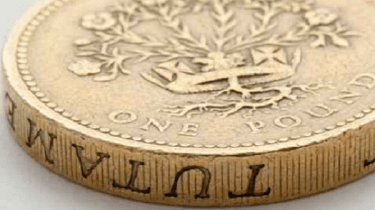 That translates to a 26.1 per cent spend with small suppliers, out of government's overall expenditure in 2013-14, beating its aim to achieve a 25 per cent SMB spend by May 2015.

"Direct spend is where the action is. It's verging on doubling over the last few years, which is fantastic, but I would like that trend to increase, obviously," he said.

But G-Cloud-listed disaster recovery cloud provider Databarracks was less happy, saying that it's secured just one contract in the last four years through the SMB procurement framework.

MD Peter Groucutt told IT Pro: "IT [procurement] and the G-Cloud are still really behind the times. We don't see any real interest coming from it.

"The way we go after the public sector is the old fashioned way, getting in front of people and running into the big system integrators who still have their feet firmly on the government's throat."

He claimed the time, money and effort Databarracks puts into getting one contract would win it between 10 and 15 private sector clients.

Small and medium-sized suppliers received 80.5 million worth of work through G-Cloud out of a total 160 million spend via the framework over the same period as Whitehall recorded its 2013-14 SMB spend.

That leaves G-Cloud contributing a relatively small amount to the government's direct spend with SMBs.

The remaining 15.8 per cent of Whitehall's outlay on SMBs was spent indirectly, often through large suppliers that have a supply chain populated by SMBs.

"[The figures] are indicative of the continuing reliance on large providers by the bigger Whitehall departments, and perhaps partly explain the recent murmurings about the approach to replacing maturing outsourcing contracts with towers," he told IT Pro.

She said: "The slowdown in the growth of direct government spend with SMEs illustrates the challenges that remain for smaller companies wanting to supply government.

"However, the increase in indirect spend with SMEs shows the importance of partnership between large and small companies as an important route to market for SMBs to provide their solutions to government."

Pennell added that it could be interpreted as a growing sign that suppliers are improving their SMB engagement to reflect the Cabinet Office's focus on SMBs.

"On the flip side, the increase in indirect spend can be attributed to greater transparency, and the increasing focus on developing SME partner programs by large vendors in response to Cabinet Office dictates," Pennell said.

Groucutt said one measure to help smaller suppliers would be to give Big IT providers targets that force them to pass on some of the work to smaller bidders.

"It's a very slow ship to turn," he said. "One thing that would help would be a systems integrator with a remit to give some work to smaller companies."

Cabinet Office minister Francis Maude hailed the spend on SMBs, and announced a string of measures that come into force today that he hopes will help smaller companies.

One is the decision to compel large contractors to pay SMBs on their supply chains within 30 days, to ensure they are paid on time.

Maude said: "This government is overhauling public procurement to open things up to business of all sizes.

"Over a quarter of central government spend now goes to SMBs but we know there's much more to do and these new reforms show just how determined we are to finish the job."