Broadband, start-ups and driverless cars all benefit in Budget 2015 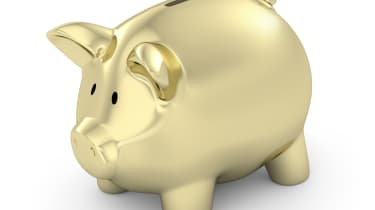 The government announced ultrafast broadband for "almost all" UK homes, as well as 100 million funding for driverless cars in today's Budget 2015.

UK Chancellor George Osborne presented the budget at the House of Commons today, also stating support for the Internet of Things (IoT) and confirming the Google Tax, in which multinationals based abroad must pay British tax on any profits derived from the UK.

"Five years ago, our economy had suffered a collapse greater than almost any country," the Chancellor said. "Today, I can confirm: in the last year we have grown faster than any other major advanced economy in the world."

Technology featured heavily in the announcements, with increased support for IoT one of the hour-long speech's highlights.

The government will invest 40 million in smart city technology to boost collaborations between cities, universities and business.

It will also support a competition to fund a smart cities demonstrator to showcase IoT initiatives.

"To use a completely ridiculous example, were someone to have two kitchens they would be able to control both fringes from the same phone," Osborne joked during the session.

The government has committed to bringing ultrafast broadband of at least 100Mbps to "almost all" homes across the UK, said Osborne.

According to the Chancellor, this dedication to improving the country's broadband will ensure that "Britain is out in front."

"The announcement today that the government will give further support to broadband underpins the importance of digital infrastructure to the UK economy," Greg Mesch, CEO at CityFibre, but added that the target of 100Mbps is too low.

"For too long, businesses across the country have struggled to grow and compete, suffocated by combination of both access infrastructure and lack of bandwidth. All the evidence shows that high-speed digital connectivity is essential to the success of the country."

In addition, a 600 million investment will change the use of 700MHz spectrum, which the government hopes will further enhance the UK's mobile broadband connectivity.

This will free up the 700MHz spectrum for 4G mobile communications use through an auction next Parliament.

Addressing the so-called Google Tax', Osborne confirmed that the new tax of 25 per cent for tech giants such as Google and Apple will be introduced from 1 April in a bid to crack down on companies found to be diverting profits to low-tax jurisdictions in order to cut down their bills.

"Let the message go out that our toleration for those who will not pay their taxes will now come to an end," he told Parliament today.

Start-ups won't be overlooked in this year's Budget, with the government planning to nurture tech incubators in Manchester, Leeds and Sheffield through an 11 million fund.

The government will also provide funding to develop a financial technology incubator in Leeds.

KPMG's head of technology, Tudor Aw, added: "The 11m investment to boost tech hubs and incubators throughout the UK is terrific news and a real boon to the sector.

"While tech start up activity is at all time high, it remains highly concentrated in London. It is critical that we do more to encourage tech hubs in other key cities and this investment is an important step towards this."

Additionally, eight new enterprise zones are to be introduced across the country, including in Blackpool and Plymouth.

The industries will be area-specific, and will range from logistics to healthcare and energy innovation.

TechUK's Julian David said: "The smart use of tech is fundamental for balancing the books, increasing productivity, creating new jobs and including empowering people across the UK.

"By investing in infrastructure, innovation and entrepreneurship the government is driving growth, not just in tech, but across the whole UK economy. Combined with continued ambition for digital government, today's package strengthens the UK's position as a leading global digital economy."

Also announced was a push for driverless cars, with 100 million set to be invested in R&D into "Intelligent Mobility".

The government has already given the green light to autonomous vehicle testing across the UK, with pilots in progress in four cities.

The Budget report read: "[The investment will] focus on enhancing the development of driverless car technology and the wider systems required to implement and adopt the technology such as telecommunications."