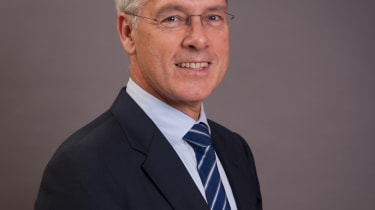 Julian David is the CEO of techUK, a trade body representing 850 technology companies, from SMBs to large enterprises

The result of last week's general election has been welcomed by small and large businesses alike for the certainty it brings.

This has been seen clearly in the strengthening pound and positive impact on markets.

From the tech sector point of view there is also a generally positive reaction firstly because of the continuity we can expect but also because the Conservatives are a political party that understands tech.

In coalition, the Conservatives demonstrated a strong track record in tech from the central government reform agenda to promoting innovative tech hubs across the UK. They also set out a positive reform driven agenda for creating a digital single market in Europe.

In their manifesto, the Conservatives combined bold tech ambitions, such as a commitment to ultrafast broadband, with practical measures to support tech scale-ups, through the Help to Grow scheme and a clear commitment to put the UK at the forefront of innovation in the sharing economy.

Over the last few days we have seen an emphasis on continuity in ministerial appointments that will reassure businesses that this is a government focused on getting on with the job.

We particularly welcome the confirmation of Ed Vaizey's continued role leading the Digital Economy Council work. Sajid Javid's experience at the Treasury and DCMS means he will be bring a strong digital economy focus to BIS; meanwhile John Wittingdale will bring a wealth of experience in digital media to the DCMS.

Matt Hancock has a strong track record in government with a good understanding of business.

However, there are big challenges to be addressed in the next five years. We outlined the background to these in our techUK Manifesto, which was endorsed by the Coalition Pparties and the main opposition in the run up to the election.

The proposals in this manifesto set out what needs to be done by the new government to secure the right future for the UK.

The new government needs to use tech to transform the performance of the digital economy and public services. There are specific proposals in the manifesto that we call on the government to adopt, such as the appointment of a Chief Privacy Officer, to ensure confidence in the internet economy, and digital ministers in departments, with responsibility for using the power of government to grow British-based tech, and promote inclusion.

In all of this, our main ask is that government increases the scale and pace of what it has started, by investing in new tech areas; helping British-based businesses grow; ensuring our infrastructure is world-class; and providing support for tech businesses up and down the country that is second to none.

Of course there is uncertainty surrounding a referendum. Clearly Europe is not working as well as it could, particularly for tech businesses. Government must engage at the highest level, particularly around two major items already on the table that will have a significant impact on the future of the UK tech sector and the wider economy as it becomes ever more digital.

Firstly, the Digital Single Market package, launched the day before the UK General Election, which has the potential to bring the opportunity presented by 500 million customers to UK businesses.

Secondly, and closely related to the Digital Single Market, is the pressing issue of the draft EU General Data Protection Regulation, now approaching the final stages of the legislative process in Brussels.

Proposed over three years ago as the mechanism to modernise the data protection regime in Europe, it is the first major update of EU data protection law in the internet age. This regulation will impact every business in Europe that is seeking to harness data to drive innovation.

Both items, if mishandled, have the potential to do more damage than good and require strong UK leadership to deliver the benefits the tech sector needs to continue creating jobs and growth for our economy.

Having spoken to tech leaders across the sector over the last few days, it is clear they feel this is a government with the vision, experience and openness to new ideas necessary for success.