Tech sector wants Britain to be part of a reformed EU 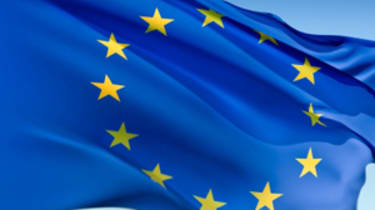 Most UK tech firms want to remain part of the EU if Prime Minister David Cameron wins some key concessions from Brussels.

A total 71 per cent of technology trade body TechUK's 880 members would vote Yes in the EU Referendum following a successful renegotiation of Britain's membership, its latest survey showed, while just nine per cent believe leaving the union would benefit Britain.

TechUK CEO Julian David told IT Pro: "Our members are not saying the European Union is perfect, but they see the opportunity and the benefits of EU membership. Our job is to tell government what the industry needs to succeed."

Those who want the UK to stay will only vote yes on the condition that Cameron persuades Brussels to introduce a Digital Single Market (DSM) and reduce the regulatory burden on EU businesses.

A DSM would give companies access to 550 million people across 29 countries, and 94 per cent of respondents were positive about the prospect for growth that could come from this over the next two years.

David told IT Pro that in his members' eyes, a DSM means legislating to treat all 29 member states as one unified market, with no difference in trade legislation between the separate countries.

"The [demand for a] DSM is not a surprise really in that the opportunity for sales and also engagement with skilled workers comes from being part of a 500 million-strong market." 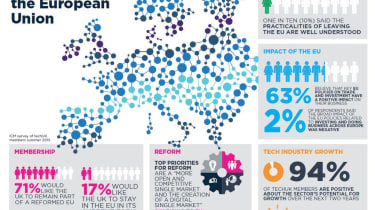 But he said that along with the introduction of a DSM, Cameron must address the regulation burden TechUK members face when doing business in the union.

"Our members understand regulation is important in many parts of our industry and sector," he said. "They're not calling for a free for all, but they want it to be done in a sensible way. They are calling for the overall burden of regulation to be reduced."

Another 17 per cent of companies told TechUK they would remain in the EU regardless of any concessions leaders make to keep Britain involved, with 78 per cent of respondents fearing the UK would lose influence on issues important to tech firms if it left.

"There was quite a striking view that being outside could be disadvantageous," said David. "This market is going to exist anyway, but our members want to be inside and influencing it."

In contrast, just two per cent of respondents said staying in the EU would threaten their growth prospects.

A total 74 per cent of micro businesses voted to remain part of a reformed EU, as did 61 per cent of small firms, 76 per cent of medium-sized organisations, and 75 per cent of large companies.

David told IT Pro that this mix of backing for the proposal suggested staying in a new-look EU would bring benefits to all sorts of companies.

When the Conservatives returned to power in a single party government in May, Cameron suggested the EU referendum could occur before 2017, but TechUK is in no rush for it to occur.

Instead, it will canvas its members views again once it sees evidence of Cameron pushing for reforms, relaying their views to the relevant government ministers.