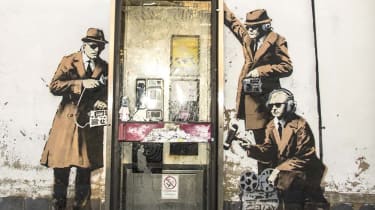 Government spy agency GCHQ has released one of its tools, Gaffer, on Github.

Gaffer is a graph database program which is "optimised for retrieving data on nodes of interest", and "makes it easy to store large-scale graphs in which the nodes and edges have statistics such as counts, histograms and sketches".

Essentially, it acts as Big Data analytics, sifting through huge volumes of information in order to determine patterns.

The software also lets the user "specify flexible views on the data", and "can be used for machine-learning applications".

The target audience for this code is likely to be those with intensive research and analysis needs, rather than more general users.

The software has been released for free under an open source Apache 2 license, meaning anyone is free to edit or use it.

Intelligence agencies releasing open source code is not unheard of - Gaffer itself is based on the Accumulo framework, which was released by the NSA under the same license in 2008.

Speculation is rife as to exactly why the repository has been released, but according to a spokesperson, "Gaffer is expected to be the first of many contributions that GCHQ will make to open source software".

"GCHQ hopes that Gaffer will be useful to others in the community, as well as helping its own technical staff as they continue to develop the software in the future," a GCHQ representative told TechWeekEurope.

"As a government department and technology organisation, GCHQ software developers and technologists aim to contribute to open source software projects."