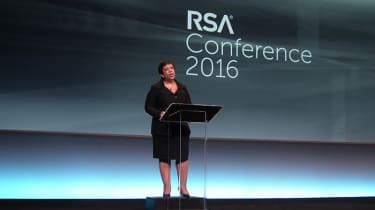 The UK and US are working on a deal that would make it easier for each country's law enforcement officials to gain access to data held by companies in the other country, it has been revelaed.

The framework, which is yet to go before Congress or Parliament, was announced by US attorney general Loretta Lynch at RSA Conference in San Francisco.

"I am pleased to report that we have begun negotiations with the United Kingdom to establish a new framework that will permit UK authorities to access electronic communications directly from American companies when an investigation targets accounts not used by Americans or people in the United States," said Lynch.

While not referring to Microsoft's on-going battle with US law enforcement in Dublin, Lynch did describe this as "the classic situation" faced by companies that hold data overseas. Should such a bill pass through both governments, it would overcome this sort of scenario in the UK, but would have no effect on the Irish Republic, which has in any case come out in favour of Microsoft in the case.

Lynch continued: "This agreement that we're working on would release American companies from conflicting legal obligations and clearly and carefully define circumstances - you help one of our oldest allies perform high-priority criminal investigations that keep citizens safe, many of which in this age of trans-national crime and terrorism, will also further American interests."

"It will also provide reciprocal benefits for US government requests to UK companies, which could help American investigations in the years ahead," she added.

The deal is still at the negotiating stage and, Lynch said, the UK government will be required to commit to "a number of conditions that are designed to protect privacy and fundamental rights", while any UK orders would also have to be compliant with UK law.

Nevertheless, if finalised this would present a significant step in the UK and USA's relationship when it comes to dealing with crime in the digital world.

Catch up with all our RSA Conference 2016 news here.