Liam Maxwell to leave Gov CTO post despite committing until 2018 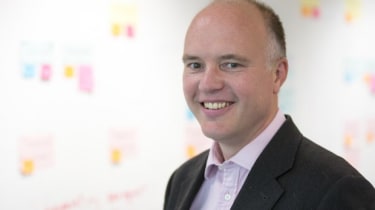 Government CTO Liam Maxwell is leaving his post less than two years after committing to staying in the role until at least 2018.

Maxwell, who has held the post of CTO since 2012, will leave the Government Digital Service (GDS) to take up the role of national technology advisor. He had agreed to stay as CTO for another four years back in September 2014.

In his new post, he will be responsible for coordinating tech policy across DCMS, the Cabinet Office and No. 10, creating a National Technology Council of experts to advise on long-term strategy.

He will also be responsible for promoting and supporting the UK's digital industry around the world.

GDS chief Stephen Foreshew-Cain said the move will help the process of "spreading the digital revolution across Whitehall".

He added in a blog post: "On behalf of everyone at GDS, I want to say very clearly: thank you Liam. You've worked extremely hard to make a difference, armed with your constant refrain of "Yes, but what is the user need?"

While Maxwell is not set to leave for a few more weeks, the GDS's executive management committee will make up for his departure with the arrival of two new members deputy director of standards assurance Olivia Neale, and Janet Hughes, programme manager for Verify.

Iain Patterson will remain in charge of the Common Technology Services programme, and both him and Beale will also join GDS's management committee.

Maxwell's achievements as CTO include creating the Digital Marketplace, which transformed the way public sector procurers could buy cloud services. Mainly through use of the G-Cloud framework, this recorded 1 billion of sales earlier this year.

He also outlined the Technology Code of Practice, defining how government should use technology, set up Common Technology Services to provide civil servants with better hardware, and established the D5 group of digitally-advanced governments.