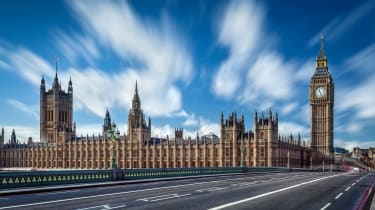 Matthew Hancock has replaced Ed Vaizey as Minister for the Digital Economy, who was sacked after six years in the role by new Prime Minister Theresa May in her cabinet shake-up.

In a tweet, Vaizey said he was "looking forward to supporting the government from the backbenches #vexit". In reply, Hancock said he was "sad to see #vexit" and commended Vaizey's work as digital minister.

Hancock said separately that he was "delighted to be minister of state for Digital & Culture. Energised to take up the challenge to make UK tech & cultural centre of the world".

Hancock's job will be to continue to build on the UK's position as a start-up hub despite predictions that the vote to leave the EU will result in less ability to hire talented EU workers, and a lack of access to the digital single market.

Ipswich MP Ben Gummer replaces Hancock as Minister of the Cabinet Office, where he will be in charge of the Government Digital Service (GDS), which has a budget of 450 million to spend over four years.

The announcement coincides with the appointment of Emma Jones MBE, the co-founder of Startup Britain, to help SMBs bid for and win government contracts. She will work one day a week in the role, titled small business crown representative.

As reported by IT Pro last year, the UK government has committed to spending one-third of its budget with SMBs.