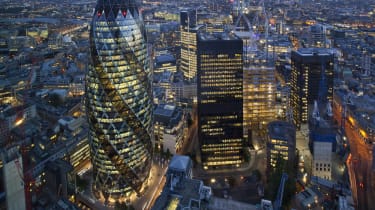 The UK government must equip British workers with the digital skills they need to cope with the rise of AI that will "reshape fundamentally" how people live and work.

This is according to the Science and Technology Committee, whose Robots and Artificial Intelligence inquiry found that reskilling the population is essential to ensure thousands of people are not left unemployed when AI starts to replace some jobs.

The committee heard evidence from Deloitte and Google DeepMind that advanced AI, while replacing some existing job roles, may also create new jobs that are currently unimaginable.

But University of Oxford researchers said around 35% of UK jobs were at risk of automation over the next two decades, while the Bank of England highlighted 15 million at-risk jobs over the same period.

Meanwhile, Deloitte's own modelling found that middle-income jobs are most at risk, with UK jobs with wages of 30,000 or under being five times more susceptible to AI automation than jobs paying upwards of 100,000.

While others touched on the ability for AIs to augment "white collar activities", most agreed that the government must ensure the UK workforce have the skills to survive automation.

Google DeepMind told the committee: "[One of the] most important steps we must take is [ensuring] that current and future workforces are sufficiently skilled and well-versed in digital skills and technologies, particularly STEM subjects."

But professor Rose Luckin, of the UCL Institute of Education, said: "I do not feel that at the moment we are equipping either students in school or workers in the workforce with the requisite skills to know how to adapt themselves to use the automation they are being offered to best effect. We need to take that on board and make some changes to address it."

The committee called on the government to revive its Digital Strategy document, which was already set to be published in January.

It added: "Advances in robotics and AI hold the potential to reshape fundamentally the way we live and work. Such transitions will be challenging. As a nation, we must respond with a readiness to re-skill, and up-skill, on a continuing basis.

"This requires a commitment by the government to ensure that our education and training systems are flexible, so that they can adapt as the demands on the workforce change, and are geared up for lifelong learning. Leadership in this area, however, has been lacking."

Trade industry body TechUK welcomed the report, with Sue Daley, its head of big data and analytics, saying: "The committee is right to call for greater government leadership in addressing the digital skills gap. This is one of the most urgent policy challenges we face today. The UK is losing 2 billion per year due to the inability of employers to fill key digital skills roles."