Merkel concerned over fake news ahead of German poll

German chancellor worried that public opinion could be manipulated 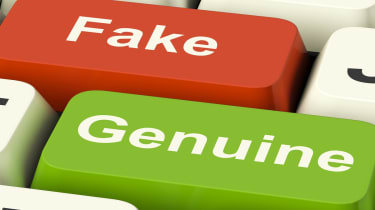 As reported by the AFP, in her first speech in parliament since announcing she will be running for re-election next year, Merkel expressed her worries that public opinion may be manipulated by fake news on the internet.

She said: "Something has changed- as globalisation has marched on, [political] debate is taking place in a completely new media environment. Opinions aren't formed the way they were 25 years ago."

Merkel added: "Today we have fake sites, bots, trolls- things that regenerate themselves, reinforcing opinions with certain algorithms and we have to learn to deal with them."

Social bots, software that mimics human activity online, can sometimes be used to spread fake news. The increased presence of bots and fake news online were said by some to have been one of the factors that favoured Trump in the US election.

In light of the German elections, which should take place in September or October 2017, Markel thinks the challenge for democrats will be that of reaching and inspiring people. "We must confront this phenomenon and if necessary, regulate it," she said.

Merkel displayed her support for an initiative by the right-left coalition government to tackle hate speech on social media, due to her "concerns about the stability of our familiar order".

Merkel believes that populism and political extremes are growing in Western democracies, perhaps particularly after the recent election of Trump as US President.

According to Reuters, Hegelich said: "Merkel is really interested in the topic of bots and fake news and hate speech on the Internet and she's very well informed."

Google and Facebook recently cut off ad revenue to fake news sites after global misinformation was accused of potentially influencing the results of US elections.

For the time being, Merkel's Christian Democrat party appears to be favoured to win the upcoming German election.

Her opposing party, right-wing Populist Party Alternative for Germany (AfD) could be a strong challenge, as it is currently polling at 12-13%.

The resurgent party might acquire popularity due to its criticisms of Merkel's liberal refugee and migration policy.