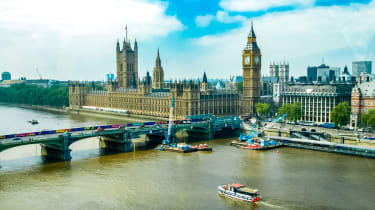 Rudd said it was "completely unacceptable" that groups such as Isis had a "place to hide" because of WhatsApp's security measures to stop people hacking into the communication platform.

WhatsApp implemented end-to-end encryption for all forms of communication on its platform last April. Other communication platforms like Signal also offer fully encrypted communications, meaning even the companies themselves can't read people's messages.

She claimed that the information held in the messages to and from the attacker were most probably vital to the investigation, but WhatsApp's end-to-end encryption means it's unlikely they'll ever be released to security organisations following Apple's refusal to allow US security agents access to a terrorist's iPhone last year.

"We have to have a situation where we can have our security services get into the terrorists' communications. That's absolutely the case," she added. "These people have families, have children as well they should be on our side."

Judd said she hopes to organise some kind of arrangement with technology businesses that would allow the UK government to gain access to content like this if it's likely to help in their investigations for the security of the nation.

However, both the Labour and Liberal Democrat leaders oppose being able to access encrypted data. Lib Dem home affairs spokesman Brian Paddick said he objected to changing the law because it would be playing into the terrorists' hands.

"These terrorists want to destroy our freedoms and undermine our democratic society ... Having the power to read everyone's text messages is neither a proportionate nor an effective response."

Labour leader Jeremy Corbyn added: "I've been concerned about giving too much unaccountable power to anybody in our society, so could the security services go to court and make an application? I would have thought they probably could."