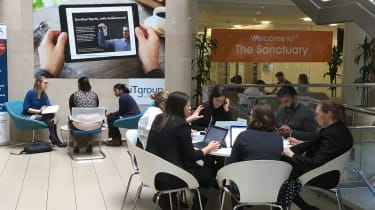 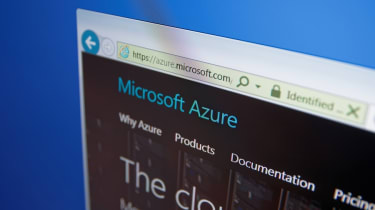 Speaking of tenders, the DfE looked at both Microsoft's Azure platform and Amazon Web Services (AWS) among others, but picked Azure for a variety of reasons, including the fact it underpins some of the products the DfE is using, like OneDrive.

"It's also about that whole cloud operations piece about making sure it's optimal, and having the ability move ... so we're not stuck in one particular product," Tucker adds. "It was about the support we were getting around the whole package.

"The way it all joined up together and because we had engineered this partnership [with Microsoft] it was a good fit for us and commercially it worked out to be the right thing."

Tucker and his 150 IT staff are now migrating the last applications out of the ageing data centres and preparing to move their core services into the cloud.

"We're looking at [where to move them]," Tucker says, saying they could move into Crown Hosting, a joint venture between the Cabinet Office and Ark Data Centres around cloud co-location, or a holding pen for applications that need redeveloping for the cloud.

Using partners to upskill IT staff 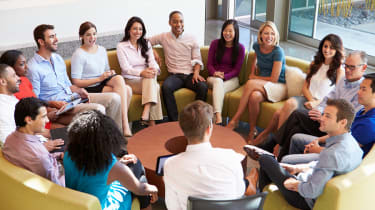 Microsoft remains a key supplier, and others helped with the device rollout, moving applications into the cloud, as well as in network and telephony and hosting.

But while they all played an essential part, Tucker says he didn't want suppliers who would install everything and disappear, but partners who could help his 150 permanent IT staff learn how to manage these new technologies.

"We recognised at the beginning that we wouldn't have all the skills we needed to fo transformation at this pace," he says. He had skilled data centre staff but not people who knew Windows 10 inside out or the cloud technologies DfE had started to use.

Tucker says he didn't want the suppliers to finish the project, walk out the door, and DfE be stuck the first time a problem occurred. As a result of the time partners spent working alongside the IT staff, he has now built an internal cloud operations team and a security operations team at a time when permanent technology talent is hard to find and harder to keep.

"That was about creating internal skill to monitor the performance of the cloud, the security of the cloud and have that capability in-house rather than taking that as a service," he explains. "When you have a team of people who are maturing in their ability to both operate a cloud environment but also a very different security environment, you end up with that capacity in house that you can control."