What the election manifestos promise for tech

Here's what the Conservatives, Labour and Liberal Democrats have planned for technology 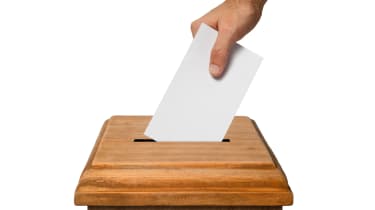 Theresa May called a snap election for 8 June, and while it's more about Brexit and slamming the coffin lid on Labour than anything else, the results will affect the British tech industry and how the rest of us use technology.

While the Tories are expected to run away with the vote, it may not necessarily be in our industry's best interests for that to happen. Here's what Prime Minister Theresa May's Conservatives have done with and to tech over the past few years, what the other parties are promising, and what industry body TechUK thinks of the manifestos.

A little bit of backstory: in 2015, after the last election but before the Brexit referendum that would catapult her to PM, May was named by the ISP Association as "internet villain of the year". That was for her efforts to push through the Snooper's Charter with as little consultation as possible. Originally known as the Communications Data Bill, it was blocked by the Liberal Democrats under the coalition, but has since become law as the Investigatory Powers Act, introducing controversial new powers to surveil us online.

Alongside the Snooper's Charter (as both the Communications Data Bill and Investigatory Powers Act are colloquially known), the current Conservative administration has targeted social networks, demanding they prioritise fake news as well as extremist content, and repeatedly tried to poke holes in the encryption protecting messaging apps such as WhatsApp.

On the positive side, May's government has pledged 2 billion annually for science and tech R&D and the Tories have long championed British startups, though Brexit will cause troubles for any local founders looking to hire non-British staff.

That's what the Tories have done so far. But what do they have planned next? The Conservative Party Manifesto has good news and bad news for tech, though much of it's more of the same.

For example, there's plans for a digital charter that has two aims: make Britain the best place to start a digital business, and make it safe to be online. The former will be achieved via investment incentives and tax credits for creative businesses, as well as "robust" intellectual property protections post-Brexit. There's also promises of better broadband and mobile coverage who would promise the opposite? Spoiler alert: all of the parties promise better broadband and bits and pieces about digital receipts and digital signatures for online shopping.

In terms of online safety, the Tories will continue to push the industry to do more to identify and remove extreme content, as well as prevent children from being bullied or seeing pornography. Exactly how that will be achieved wasn't explained, other than including cyber bullying and online grooming in school curriculums how to avoid it, not how to do it, to be clear.

The Tories pledge to boost data protections, in particular by putting the National Data Guardian for Health and Social Care on "a statutory footing", a wise move given the DeepMind controversy. People will also be able to demand social networks delete any data held on them from when they were children and the party has also pledged to set up a Data Use and Ethics Commission to advise regulators and parliament on how to avoid data abuses.

In terms of its own data, a future Tory administration would "create a new presumption of digital government services". Either way, the aim is to offer as much useful data to the public as possible, be it school locations or public transport, and to publish its own operational performance data, so we can see how the government's doing. There's a pledge to combine the UK's land data, such as the registry and ordnance survey, to build the largest repository of open land data in the world, to be used by property developers and video game developers alike.

We're also being promised smart grids, electric vehicles, and connected transport to improve rail and roads all good ideas, but any government will need to be careful to avoid buying into the tech equivalent of snake oil when it comes to smart cities. To keep all this digital infrastructure safe, the Tories are promising to boost security via a "national infrastructure police force", which will help link up the Ministry of Defence Police, British Transport Police and the Civil Nuclear Constabulary.

Tech jobs have also been highlighted. The Tories promise to protect gig economy workers, but are then cutting immigration and charging companies as much as 2,000 a year to bring in non-European skilled workers which could make filling tech skills gaps expensive and difficult.

Antony Walker, deputy CEO of techUK, praised the manifesto as an "ambitious digital agenda", but raised a few concerns, saying it required a "successful Brexit deal" and warned any obligations placed on businesses "should be proportionate and focused on practical solutions that address real problems".

His biggest concern was the immigration skills charges, calling it a "retrograde tax on value-generating talent".

"With domestic shortages in critical tech roles ever more pronounced, this move is another barrier for scaling companies accessing the talent they need to grow," Walker added. "Global Britain must be powered by a new wave of dynamic, innovative companies now is not the time to pull up the drawbridge further."

Labour talks the talk with technology, last year rolling out a Digital Democracy Manifesto that promised high-speed broadband for every home in the UK, a digital bill of rights, online passports for personal data privacy and a switch to open source for any publicly funded software. The shadow chancellor, John McDonnell, has pledged Labour would be "socialism with an iPad," promising the party would boost spending on tech-necessary infrastructure.

That said, Labour leader Jeremy Corbyn doesn't always walk the walk he was mocked excessively online after his Twitter account quoted him promising a "fourth industrial revolution" with "cyber physical systems", whatever they are.

We now face the task of creating a New Britain from the fourth industrial revolution #CBI2016 pic.twitter.com/EBGG6z3KaK

The Labour manifesto was clearly written by someone other than the author of that tweet, thankfully. Like the Tories, Labour promises to make the industry do more to protect children online and more easily remove content we post while still minors. Broadband and mobile coverage naturally get a look-in, with a promise to commission a report on "day one" on how to roll out 300Mbps infrastructure in the next decade. Labour also promises to keep an eye on the gig economy, planning to reform laws to "keep pace with technological change".

It's not all agreement, however. Labour thinks the Snooper's Charter needs better judicial oversight, and wants to see "innovators and artists" better rewarded for their work, saying there's a "value gap" between who makes content and who benefits from it. To help support startups, Labour wants a "digital ambassador", to promote Britain as "an attractive place for investment and provide support for start-ups to scale-up to become world-class digital businesses".

Labour promises better Wi-Fi and computers for libraries a small move that could help bridge the digital divide. There's also a pledge to introduce anti-bot laws to make it easier for us humans to buy tickets.

Assessing the Labour promises, TechUK's Walker welcomed the inclusion of recommendations borrowed from its own Investing the Future manifesto, particularly regarding life-long learning, the creation of a digital ambassador and protecting cross-border data flows in the Brexit negotiations. "Allowing personal data to move swiftly and security across borders is vital for the future of the UK's tech sector," he said.

The Lib Dems have privacy and digital rights credentials: it was their opposition during the coalition that blocked the original Snooper's Charter until they got booted out in the 2015 election. Other previous policies have included expanding London's Tech City success to other cities across Britain, starting a British Business Bank to lend to start-ups and entrepreneurs and boosting STEM education, as well as a Digital Bill of Rights that would aim to better protect our personal data.

There are similar promises in its current manifesto. Like Labour, the Lib Dems promise a Digital Bill of Rights that protects "people's powers over their own information, supports individuals over large corporations, and preserves the neutrality of the internet".

Like its rivals, the Lib Dems also promise better broadband, pledging nationwide 30Mbps connections by 2022 and saying it will install fibre to the premises as standard, with small businesses prioritised, though exactly how that would work isn't clear. Like the others, it gives the gig economy a shout out, promising to "modernise employment rights".

To help address the skills gap, the manifesto plans to extend apprenticeships to digital and creative industries, while at the same time it wants to double the number of SMBs in the digital economy and extend London's Tech City success to other hubs across the country, particularly in the North and Cambridge. There will also be a startup allowance to help kickstart new companies, while scale-ups will be helped with investment and mentoring.

Walker welcomed the aim to double the SMBs in the digital economy and the support of education, as well as support for R&D. "Innovation will be the key to our success for the future, and that will mean supporting our world class universities, giving public services such as our NHS the funding they need to innovate and supporting business through a strong industrial strategy," he added.