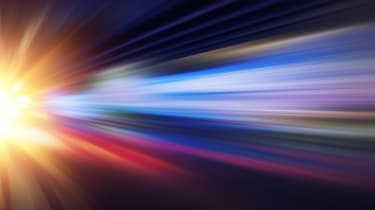 The UK government has made good on a promise to back the rollout of 5G, by releasing millions in funding to universities to help develop the technology in trials set to start next year.

A development fund of 16 million is to be shared between leading 5G research teams at King's College London and the Universities of Surrey and Bristol, where work will begin to deliver an end-to-end 5G test network by early 2018.

Work on the test network marks the beginning of a four-year government commitment, under what is being called the '5G Testbeds and Trials programme'. Once operational, 5G networks are expected to boost the economy by as much as 173 billion, according to government figures.

The cash injection comes from a 1 billion package announced during last year's Autumn Statement, set aside to boost the UK's digital infrastructure.

CCS Insight analyst and CEO, Shaun Collins, said at the time: "Any investment in the UK digital backbone is welcome and the commitment to 5G is admirable. However, realistically 5G services are unlikely to be available before 2020 in the UK. This investment only offers a small step in that direction."

Minister for Digital, Matt Hancock, said that the government wants the UK to be "at the head of the field" when it comes to 5G technology.

"This funding will support the pioneering research needed to ensure we can harness the potential of this technology to spark innovation, create new jobs and boost the economy," he added. "We know 5G has the potential to bring more reliable, ultrafast mobile connectivity, with quicker reaction times and larger data capabilities, and I'm thrilled to announce King's College London and the universities of Surrey and Bristol have agreed to collaborate on this project."

The universities will each work on their own smaller-scale networks, which will then be merged together to form the larger test network. Each individual project will be required to include mobile signal receivers and transmitters - elements that will form an essential part of future commercial 5G rollouts.

The 2018 trial, provided it is delivered on time, will likely take the form of a simple signal delivery test between a mobile device and a data centre, which will reveal the capabilities of the network in a real-world setting.

Industry, local authorities and other academic institutions will be able to join the programme and apply for similar funding after the first testing phase is launched in 2018.

The cash pot suggests the government is looking to commit early to the development of 5G, particularly as it has faced criticism over its lack of investment into current 4G networks. Many rural areas have yet to receive super fast network speeds, and a recent report revealed that UK 4G coverage ranks lower than Albania and Peru.