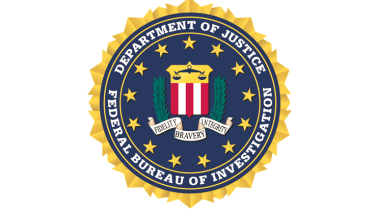 The FBI has reportedly served Apple with a warrant demanding its help to gain access to the iPhone SE and iCloud account that belonged to Sutherland Springs shooter Devin Kelley.

Texas Ranger Kevin Wright obtained search warrants for the data held by Apple on 9 November, according to local news source My San Antonio, as well as for any files stored on another phone - an LG 328BG -  found near Kelley's body.

The warrant applies to data such as call logs, messages, address books, photos, videos and other data going back to January 2016, as well as the passwords for social media applications.

The news comes approximately one week after it was revealed the FBI resisted calling Apple when the iPhone SE first came into its hands.

Despite struggling to unlock the phone something agent Christopher Combs complained about during a press conference the agency didn't call the Cupertino firm, instead sending the device to its own crime lab. This reportedly made it harder to unlock the phone as, had the FBI contacted Apple straight away, agents would have been informed the device could still potentially have been unlocked using Kelley's fingerprint.

In a statement, Apple said its team had "immediately reached out to the FBI after learning from their press conference on Tuesday that investigators were trying to access a mobile phone".

"We offered assistance and said we would expedite our response to any legal process they send us," the company added.

IT Pro has approached Apple for comment regarding the latest reports that it has now been served with warrants for the data.

The case comes after the FBI's attempts to gain access to an iPhone belonging to one of the attackers in the San Bernardino shooting in 2015. In that case, once again the law enforcement agency delayed contacting Apple, instead opting to try and gain access to the phone and related iCloud account itself. This resulted in the data becoming inaccessible and a long-running court case. The data was ultimately made available by a third party.

For nearly two days after the deadly shooting at a Texas church, the FBI struggled to unlock the attacker's iPhone and refused to ask Apple for help, it has transpired. Instead, the FBI sent the phone to a crime lab.

During a recent press conference, FBI agent Christopher Combs complained about not having access to the shooter's phone due to not being able to unlock it. The press conference suggested that important information such as motivations and co-conspirators could be unobtainable without access to the phone. Despite the FBI's struggle, though, it didn't ask Apple for help.

"Our team immediately reached out to the FBI after learning from their press conference on Tuesday that investigators were trying to access a mobile phone. We offered assistance and said we would expedite our response to any legal process they send us," Apple said in a statement.

The FBI's hesitation to contact Apple will complicate the process. If agents had contacted Apple within 48 hours, assuming the shooter unlocked his phone using his fingerprint, the FBI could have still used his finger to unlock the device. However, due to the iPhone's security features, it's now too late to use this method and the FBI will now need to go through the courts to access to phone's contents, according to Business Insider.

This is not the first time the FBI has criticized Apple's devices. In fact, the FBI took Apple to court over access to an iPhone related to the shooting in San Bernardino in 2016 in which 14 people were killed. The court case was dropped as the FBI was able to access the content on its own.