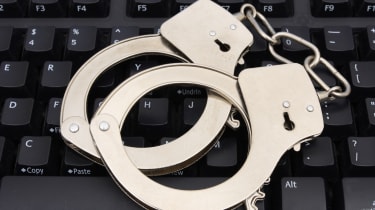 A British Man has been charged with hacking into the servers of the US Federal Reserve and stealing users' personal information.

We place a high priority on the investigation and prosecution of hackers who intrude into our infrastructure.

29-year-old Lauri Love is alleged to have worked with a team of other hackers to gain access to the Federal Reserve's systems between October 2012 to February 2013.

Using a SQL injection, Love is said to have accessed the names, email addresses and phone numbers of his victims and then posted them to a website he had previously gained control of.

He is charged with one count of computer hacking and one of aggravated identity theft. If found guilty, he faces up to 12 years in prison.

In a statement US Attorney Preet Bharara in New York said: "Lauri Love is a sophisticated hacker. We place a high priority on the investigation and prosecution of hackers who intrude into our infrastructure and threaten the personal security of our citizens."

These are not the first charges faced by Love, of Stradishall, Suffolk, in relation to computer offences in the US.

He is also accused of breaching the security of NASA, the FBI, the Pentagon's Missile Defense Agency, the US Environmental Protection Agency (EPA), and the US Department of Energy (DOE), among others.

A report last year by the DOE found Love could have taken the information on up to 104,000 people, costing the US at least $3.7 million (2.2 million).

For these offences, Love is also potentially facing decades in prison and hundreds-of-thousands of pounds in fines.