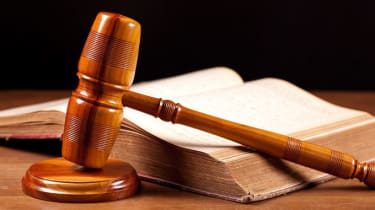 A British man has been arrested for allegedly hacking into a number of US governmental organisations including the army, NASA, the Federal Reserve and the Environmental Protection Agency.

Lauri Love, 30, from Stradishall in Suffolk, was arrested by officers from the National Crime Agency (NCA) following the issuing of an extradition warrant by the US government.

The warrant alleges Love committed crimes under the Computer Misuse Act in the districts of Virginia, New Jersey and New York between 2012 and 2013.

It is the second time Love has been arrested for the same alleged crimes. He was previously apprehended in October 2013 but was later released on bail.

However, Karen Todner, Love's solicitor, said his bail was cancelled more than a year ago and his arrest was not expected.

He has now appeared at Westminster Magistrates Court, where he was bailed ahead of a full extradition hearing on 1 September, at which Todner said he will be fighting against the charges.

Love was caught for the alleged crimes after purportedly bragging to other hackers that he had carried out attacks on the Federal Reserve Bank of Chicago.

He allegedly claimed he infiltrated the bank's website to find data on people using the system and then sent fake emails to them. Love allegedly then told other hackers he was planning to release the passwords and phone numbers into the public domain.

The UK updated the Computer Misuse Act in May to include a clause that any unauthorised act an individual carries out knowing it's unauthorised could result in a life prison sentence. The person must know that such an act would cause serious damage to human welfare or national security or to have been reckless as to whether such harm was caused.