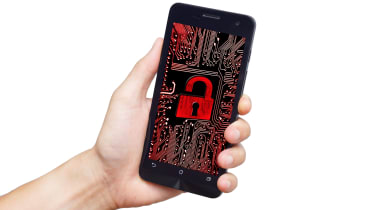 Adaptive Mobile has uncovered a security flaw in mobile networks that could cause widespread fraud and large-scale surveillance attacks for mobile users.

The threat takes advantage of a hole in Signalling System 7 (SS7), which is used to connect mobile networks around the world.

According to Adaptive Mobile, almost every network around the world uses SS7 and most people use it everyday. In fact, the company's Cathal McDaid, head of Adaptive Mobile's threat intelligence unit, said more people use SS7 on a daily basis than the internet.

Cyber criminals are using the vulnerability to infiltrate mobile network billing systems and then trick them into giving the criminals lower-cost calling and roaming charges.

Governments are also said to be taking advantage and listening into confidential conversations. An example Adaptive Mobile gave was how conversations were monitored between MTC Ukraine network users and individuals on a Russian mobile phone network, although it hasn't been revealed who was behind the hack.

"The SS7 vulnerabilities are just another example of software-based systems that weren't built for the rich interconnectivity and threats of the modern mobile infrastructure," Chris Wysopal, CISO and CTO at Veracode said. "Development teams need to go into projects with the expectations that what they're creating will live in a hostile environment where attackers will look to exploit vulnerabilities. We've seen this across every industry and it's no surprise it's occurring in the telco industry."

A number of companies have investigated mobile network flaws, discovering it's a widespread problem caused, in many cases, by out-of-date technologies that haven't had significant updates since mobile phones became widespread ten or more years ago.

"A core protocol like SS7 provides governments and rogue actors wide access to the world's communications infrastructure making it an incredibly attractive system to break into," Wysopal added. "Until software developers change their approach and build security into their code from the start, we're going to continue to see these problems."