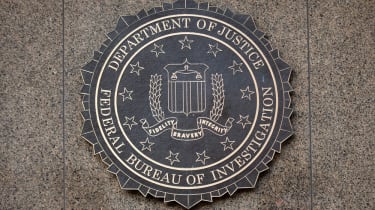 US government departments are looking into an alleged breach after data relating to 9,000 employees surfaced on Twitter yesterday.

The Department of Homeland Security (DHS) and the Department of Justice (DoJ) were both implicated in the hack, and the DHS said it is taking the claims seriously, after Motherboard said that a cyber criminal is set to leak the names, job titles, email addresses and phone numbers of 20,000 FBI workers.

The 9,000 details already leaked are alleged to belong to DHS staff.

A DHS spokesperson said in a statement: "We are looking into the reports of purported disclosure of DHS employee contact information. We take these reports very seriously, however there is no indication at this time that there is any breach of sensitive or personally identifiable information."

Motherboard managed to verify some of the FBI and DHS details by calling the workers, after the hacker sent them the details on condition of anonymity.

The hacker claimed they were able to access the information after compromising the email account of a DoJ employee.

When they could not log into the DoJ's web portal with the details, they phoned up a DoJ department for help.

"So I called up, told them I was new and I didn't understand how to get past [the portal]," they said. "They asked if I had a token code, I said no, they said that's fine just use our one."

Once they were logged in, they claim to have accessed the computer of the person whose email credentials they had compromised, and managed to steal employee details from a DoJ intranet page.

They downloaded 200GB of data in total, from 1TB they had access to, Motherboard said.

It is not clear when the hacker plans to reveal the FBI staff data.

The latest alleged hack comes after a string of data breaches at the US government.

A committee investigating the leak has accused the department of failing to cooperate with the inquiry.