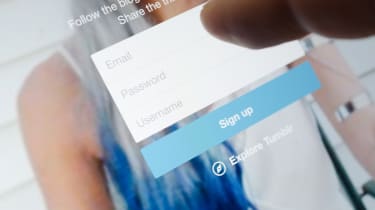 Tumblr has suffered a hacking attack that saw cyber criminals make off with the account data of a reported 65.5 million users.

The information, which includes email addresses and encrypted passwords, was "from 2013" according to a blog post by the Tumblr team.

While the blog post does not state when exactly the attack took place, Troy Hunt, who runs the site Have I Been Pwnd?, claims the data was exfiltrated on 28 February.

The blog post also does not reveal how many users have been affected, describing it simply as "a set", however, according to Hunt's information, the number is just under 65.5 million.

Furthermore, the data received by Hunt would also indicate that many of the accounts were deactivated at the time of the attack, as the email addresses begin with "deactivated" followed by a date before the email address proper. This is backed up by certain members of his mailing list being surprised to learn their data was included in the stolen information, as they thought they had "deleted" their account before the hack happened.

Steph Locke, lead data dcientist at CensorNet, told IT Pro: "The steady stream of database 'mega breaches' piled on top of smaller breaches from a variety of small and large companies continues to prove that every organisation is a target of cybercrime.

"It now becomes a question of how the stolen credentials will be, or have already been, used for nefarious purposes. With this breach being noted three years after [it] occurred, there has already been substantial opportunity for focussed attacks. Once the high-value targets have been hit, I expect we'll see a more 'all and sundry' approach - using the database for a mass spam / phishing campaign."

"Either way, people who use Tumblr should be extremely vigilant of emails received relating to Tumblr in the coming months," Locke cautioned.

IT Pro contacted Tumblr for comment regarding the volume of data stolen and related information produced by Hunt, but had not received a response at the time of publication.