Hacker makes off with $60 million in cryptocurrency 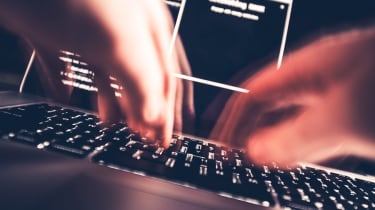 Hackers have made off with $60 million in cryptocurrency Ether, by exploiting a flaw in an investment collective's contract software.

The DAO - or Decentralised Autonomous Organisation - uses code-based 'smart contracts' to pay for goods and services. A flaw in the code left it open to a "recursive calling vulnerability", meaning the attacker initiated the payment transfer process many times within a single contract.

The co-founder of Ethereum - the blockchain platform that the money was stolen from - Vitalik Buterin has reassured users that the Ethereum platform itself is secure, stating that "miners and mining pools should resume allowing transactions as normal," and "exchanges should feel safe in resuming trading ETH".

Additionally, a software fork has been proposed that would prevent the funds from being used by the attacker while efforts are made to reclaim them.

However, while he advised that "DAO token holders and Ethereum users should sit tight and remain calm", he also urged contract authors to be wary of such bugs going forward.

The bug that allowed the thief to make off with the money was not a zero-day. In fact, it had been known about for some time.

Ethereum's former CCO Stephan Tual published a blog post in 12 June, stating that the problem had been identified and fixed. "This is NOT an issue that is putting any DAO funds at risk today," he wrote.

In another post following the attack, he reaffirmed his faith that the community would come together in order to fight the theft.

"Word to the wise, he said; "these attackers would do well to understand that all exchanges are currently cross referencing shorts information from the last 2 weeks, which could they could very well be traced and prosecuted".