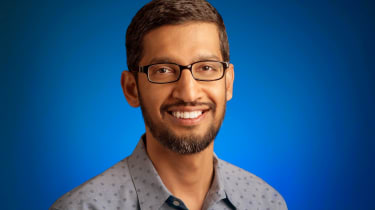 A team of hackers called OurMine claimed responsibility for the hack on Pichai, whose Twitter account was linked to Q&A site Quora, enabling the hackers to post messages on Quora that were then copied over to Pichai's Twitter page.

Pichai has since deleted the messages, but they can be viewed on The Next Web.

It led to posts like #OurMine We are just testing your security!?' and Is it possible to force my android app users of all version to update the app?' 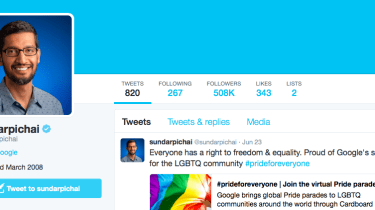 Pichai has since deleted the posts, but it comes after OurMine which offers a range of security services including social media accounts protection also hacked Facebook CEO Mark Zuckerberg's accounts, as well as Spotify CEO Daniel Ek's.

Zuckerberg's Twitter, LinkedIn and Pinterest accounts fell to the hackers, supposedly a three-person team and again posted messages boasting of their success.

OurMine claimed it was able to hack into the accounts after millions of people's LinkedIn passwords were made available during a hack in 2012. LinkedIn advised members to change their passwords, but many used the same password for other social media sites.

The team's apparent aim is to promote better security and raise awareness of its own services that offer to do this for people.

This is the latest situation calling into question CEOs' security habits, after last week Zuckerberg inadvertently revealed he tapes over his laptop webcam and mic in a photo promoting Instagram.

IT Pro has contacted OurMine asking why it is hacking people's accounts, and whether it is relying on old passwords to do so.