Four cheap dark web threats, and how to protect your firm 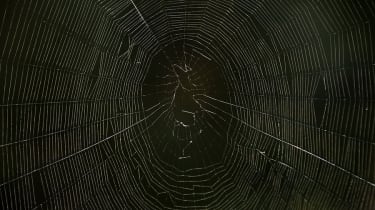 It wasn't difficult to access the Silk Road dark market, where everything from drugs to guns were bought and sold. Which is probably why the FBI managed to infiltrate it so easily and ultimately shut it down. It's also probably why very few people traded in stolen data or the tools of the cybercriminal trade there - hackers are just smarter than that.

While many dark market sites still exist with access through the Tor network, more illicit forums are enjoying boom times with invitation-only access. As visibility drops and these marketplaces become even darker, you might think that prices would be going through the roof.

However, just as criminals will pay top dollar for zero day exploits affecting popular applications, so has data emerging from breach after breach tumbled into bargain basement territory.

You may well be surprised to learn just what hackers can buy for less than a tenner these days - and how dangerous these threats are to your organisation. Here we outline four of the most common dark web exploit deals, and how you can protect your business from them.

Access to compromised Cpanel website management portals costs just $3 (2) a pop. It's popular as well, because it provides a method for cyber criminals to distribute malware.

Compromised businesses will have no idea that their genuine website is acting as a malware distribution hub, serving up anything from bank account stealing Trojans through to ransomware executables. When the penny drops and someone connects their infection with that website, it is the business that takes the reputational hit and not the lowlife who sold or purchased the Cpanel login.

To mitigate such compromises, enforce strong password usage, keep up to date with security patches (including all third party plug-ins, which may have vulnerabilities), and create a side-door into your site.

For just $10, or 6.75, hackers can buy no less than 1,000 verified email accounts. Ten years ago you could easily pay that for a single live account. This price crash suggests there is a massive oversupply in the market, and reports of breaches involving millions of users' data, like LinkedIn, demonstrate this is true.

To prevent your customers' details ending up in the bargain basement, there are a number of things you can do. First, employ a layered security strategy covering everything from staff awareness training, which mitigates the social engineering threat, through to filtering at the mail gateway to remove malware payloads. However, the single most effective method of rendering email login data worthless is to encrypt it both at rest and in transit.

Compromised RDP servers can be found online for anything upwards of $12.50 (8.40). That really is a bargain price as they enable attackers to launch a privilege escalation style attack through servers the RDP is connected with. That they are so cheap just shows how many compromised servers there are out there at the moment. Kaspersky researchers recently discovered just one dark forum with more than 70,000 RDP servers on sale.

10 - Half a day of DDoS attack capacity

These days, lazy hackers can simply hire Distributed Denial of Service (DDoS) attacks. In fact, renting a DDoS is by far and away the most popular method of causing this disruption to business services, for as little as $15 (10) per half a day. That won't buy you much by the way of bandwidth - just enough to prove you can disrupt access (especially if the right servers are targeted such as authorisation gateways) and scare the victim into taking your seriously.

To defend against DDoS attacks on your network isn't easy, nor is it cheap. That said, the more you pay the easier it becomes with DDoS mitigation services that will monitor your network traffic for unusual spikes that suggest an attack and then re-route it to a scrubbing centre where only genuine traffic is returned.