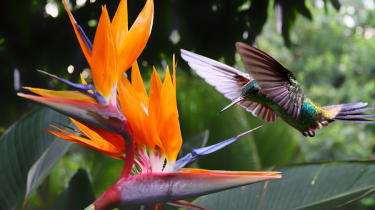 New malware dubbed Hummingbad has infected 10 million Android devices around the world, and 100,000 in the UK alone.

Hummingbad takes over smartphones' and tablets' Android operating systems, according to security firm Check Point, and can sell on users' data or generate $300,000 in fake advertising revenue each month.

Hackers can also use the malware to recruit people's devices into giant botnets that target businesses and government agencies, or sell this access on the black market, warned Check Point, which first discovered Hummingbad in February.

Additionally, the cyber criminals can sell any user data they deem valuable, such as work data stored on Android devices.

Check Point warned in its report on the malware: "Accessing these devices and their sensitive data creates a new and steady steady stream of revenue for cybercriminals. Emboldened by financial and technological independence, their skillsets will advance putting end users, enterprises, and government agencies at risk."

Hummingbad is the work of Chinese hackers, according to Check Point, and is launched alongside authentic analytics and ad platforms, targeting users in a "drive-by download attack" consisting of two components.

The first relies on an Android user browsing a site containing the malware, which attempts to take full control of the device through "root access".

If this is unsuccessful, Check Point explained, the user receives fake system update notifications that try to trick them into granting Hummingbad system-level permissions.

Check Point warned: "Without the ability to detect and stop suspicious behavior, these millions of Android devices and the data on them remain exposed today."

IT Pro has approached Google, Android's creator, for comment.