KeySniffer sniffs out your keystrokes from 250 feet away 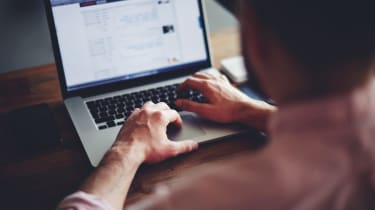 Dubbed KeySniffer', the malware works from a distance of up to 250ft, allowing hackers to remotely monitor people's every keystroke, obtaining the data in plain text.

Bastille, the cybersecurity firm that unvocered the flaw, called it a "massive vulnerability" and said it affects eight major wireless keyboards from companies including HP Inc and Toshiba.

Marc Newlin, a Bastille researcher who discovered KeySniffer, said: "When we purchase a wireless keyboard we reasonably expect that the manufacturer has designed and built security into the core of the product.

"Unfortunately, we tested keyboards from 12 manufacturers and were disappointed to find that eight manufacturers (two-thirds) were susceptible to the KeySniffer hack."

The malware does not affect Bluetooth keyboards from the likes of Logitech, Dell and Lenovo, the firm found, adding: "Vulnerable keyboards are easy for hackers to detect as they are always transmitting, whether or not the user is typing. Consequently, a hacker can scan a room, building, or public area for vulnerable devices at any time."

But the affected keyboards cannot be upgraded, and people using them must replace them with new devices, Bastille warned, saying it had told the affected manufacturers about the vulnerability.

Kaspersky's principal security researcher, David Emm, said: "As with any digital device that is connected to the internet, if it isn't secure it can be compromised and the data you transmit can be intercepted.

"It's vital that manufacturers of such devices consider security at the design stage, not least because trying to retro-fit security is likely to be a lot more difficult. It's also vital the consumers consider the potential dangers posed by insecure wireless devices when making purchasing decisions."

A full list of the affected keyboards can be found here.