Email details for sale on the dark web for just £1,400, hacker says 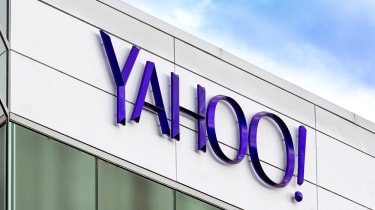 Peace, the hacker behind the Myspace and LinkedIn data dumps, has put what they claim are the details of 200 million Yahoo accounts up for sale on the dark web.

The asking price for the logs, which according to published sample include usernames, hashed passwords, dates of birth and in some cases backup email addresses, is three bitcoins, which equates to 1,373 at the time of writing.

Peace was also behind the sale of 117 million LinkedIn and 360 millionMySpace details earlier this year, which appeared on the same dark net site as this current batch. It is unclear, however, whether the person hacked the database themselves or has simply collated details that were already circulating.

In the 'advert' for the haul, Peace says the credentials are from "2012 most likely", indicating they do not know themselves quite what it contains in terms of age. This could mean a number of the accounts are defunct.

In a statement provided to IT Pro, Yahoo neither confirmed nor denied the validity of the alleged stolen credentials, saying: "We are aware of a claim. We are committed to protecting the security of our users' information and we take any such claim very seriously. Our security team is working to determine the facts. Yahoo works hard to keep our users safe, and we always encourage our users to create strong passwords, or give up passwords altogether by using Yahoo Account Key, and use different passwords for different platforms."

This is the second time what is claimed to be stolen Yahoo credentials have gone on sale on the dark net this year. In May, the details of tens-of-millions of Yahoo, Gmail and Hotmail accounts were discovered by Hold Security on a Russian dark net site.

The accounts "were put on sale for 50 roubles - or just over 50p",  according to Express, the online arm of the Daily Express and Sunday Express. The website did not make it clear whether this referred to 50 roubles for each account, or 50 roubles for the entire haul.

In July, Verizon announced it is to acquire Yahoo's advertising and search business for $5 billion. However, the deal does not include its email service. Yahoo intends to kill off passwords, replacing them with a new account login process that sends users a push notification to their smartphone whenever they want to log into their accounts.

This article was originally published on 2 August 2016 at 11.00am and has since been updated to include comments from Yahoo.