Brit admits to hack of US DoD satellite network

A 25-year-old British computer hacker has admitted to stealing hundreds of user accounts after gaining access to a US military satellite network.

Sean Caffrey, from Sutton Coldfield, pleaded guilty at Birmingham Crown Court on Thursday after evidence showed that he had hacked into the US Department of Defense on 15 June 2014 and stole information relating to 800 users of the communication system.

This included ranks, usernames, email addresses, as well as personal information from as many as 30,000 satellite phones connected to the network. 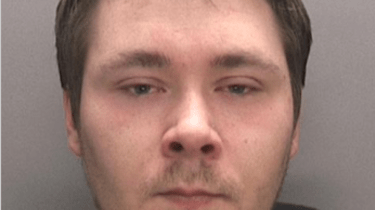 Caffrey, who was arrested under the Computer Misuse Act in March, was rumbled after an intelligence operation by West Midlands Police found the hack originated from his internet connection.

Further investigations by the National Crime Agency found an online messaging account linked to the attack had been used under a pseudonym using Caffrey's computers. A forensic examination of his home also unearthed stolen data stored on his hard drives.

The US Department of Defense has said it cost around $628,000 to fix the damage caused by Caffrey's intrusion into its network.

Janey Young, investigations manager at the NCA said: "After strong partnership working between the NCA, the FBI and the DoD's Defense Criminal Investigative Service there was very clear, very compelling evidence against Sean Caffrey."

"No one should think that cyber crime is victimless or that they can get away with it," added Young. "The NCA has people with the skills like Caffrey's, but they're doing the opposite to him in detecting cyber criminals and bringing them to justice."

Lauri Love, another British national suspected of hacking into NASA, the FBI and the US Federal Reserve, could face up to 99 years in prison and a fine of $9 million if he is extradited to face charges in the US. The 31 year-old, who suffers from Asperger's syndrome and is considered a suicide risk by his defence team, was granted permission to appeal the extradition in April.

Image courtesy of the NCA