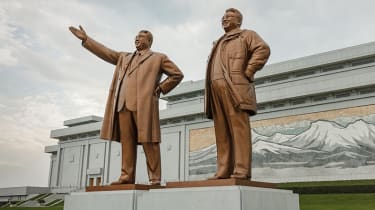 The FBI and US Department of Homeland Security have issued a joint warning related to several IP addresses infected with the Fallchill remote access trojan (RAT) an alleged North Korean cyber weapon.

According to the alert, the Fallchill malware has been targeting the aerospace, telecommunications and finance industries since 2016. Once an infection has taken hold, the threat actors behind it can issue multiple commands from command and control (C2) servers while obfuscating their identities behind a number of proxies.

The agencies claim to have linked Fallchill to a group it calls Hidden Cobra, which is said to be a North Korean state-sponsored operation behind a number of other malware initiatives that has been active since 2009.

"Fallchill typically infects a system as a file dropped by other Hidden Cobra malware or as a file downloaded unknowingly by users when visiting sites compromised by Hidden Cobra actors," the advisory reads.

"Hidden Cobra actors use an external tool or dropper to install the Fallchill malware-as-a-service to establish persistence. Because of this, additional Hidden Cobra malware may be present on systems compromised with Fallchill."

In terms of operation, Fallchill allows the malicious actors to retrieve information about all installed disks; create, start and terminate new processes and their primary thread; read, search, write, move and execute files; access and modify file or directory timestamps; change the directory for a process or file and delete malware and related artifacts from the infected system.

This can lead to disruption of operations and temporary or permanent loss of files.

Further information on the hallmarks of Fallchill and Hidden Cobra activity, as well as how to resolve an infection, can be found here.

North Korea last month denied it was responsible for the WannaCry ransomware attack that attacked businesses and hospitals in the UK back in May, calling the UK government's allegation "wicked".