The Dark Overlord claims to have stolen over 18,000 documents relating to the September 11 attacks on the World Trade Centre 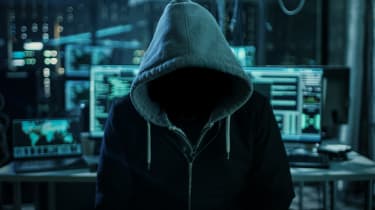 A group of hackers have threatened to release a large cache of stolen 9/11 litigation documents, in what it claims is one of the biggest leaks in history.

The organisation, which is known as the Dark Overlord, has threatened to make the documents public on the 'KickAss' dark web forum if their ransom demands are not met.

The group has called the stolen information the "truth", but it hasn't given much detail on what that truth is. The files are going up for sale for a limited time and the group have also encouraged terrorist organisations and competing nations such as China and Russia to purchase the stolen files.

"What we'll be releasing is the truth," the group wrote on Pastebin. "The truth about one of the most recognisable incidents in recent history and one which is shrouded in mystery with little transparency and not many answers.

"What we're offering to the world is the truth, exclusively from us, one of the planet's premier hacking organisations dedicated to breaching leading targets and acquiring the most scandalous materials that we may use in our systematic extortion campaigns."

In April 2018, an unnamed US law firm that provided advice on commercial liability claims to global insurance firm Hiscox were hacked by an unnamed actor, as reported in the Global Legal Post. The Dark Overlords are now taking credit for the attack, claiming the firm didn't want it made public because it also involved Lloyds of London and Silverstein Properties.

The hackers have released some of the documents as proof of its legitimacy and claim to have over 18,000 documents for exclusive sale. Responding to the claims, Hiscox did confirm some 9/11 documents had been stolen.

"The law firm's systems are not connected to Hiscox's IT infrastructure and Hiscox's own systems were unaffected by this incident. One of the cases the law firm handled for Hiscox and other insurers related to litigation arising from the events of 9/11, and we believe that information relating to this was stolen during that breach," a spokesperson told Motherboard.

"Once Hiscox was informed of the law firm's data breach, it took action and informed policyholders as required. We will continue to work with law enforcement in both the UK and US on this matter."

The Dark Overlord refers to itself as 'the world's premier hacking organisation' and claims that this latest hack will top the work of Edward Snowden. The firm's previous work involved leaking a whole season of the Netflix show Orange is the New Black and a cyber attack on a London-based plastic surgery clinic.