How to choose the right disk utility

Steve Cassidy provides some practical guidance as to how to ensure you make the right decision when it comes to disk utilities... 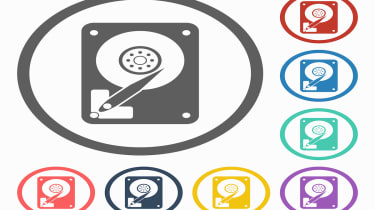 Disk utility? Or P2V migration suite? Or backup program? Or illicit machine copier? The spray of product categories, all of which do the same basic job with little tweaks in input and output, in the field of disk to disk copying used to be a pretty simple but rather underground marketplace. Regular users with laptops at imminent risk of meltdown, for whom a disk copier should be a desperate last-minute lifeline, still have that curious voodoo suspicion of this entire sector, and people like me who make regular use of all these products.

There's good reasons for the suspicion of course: Making an image backup of a PC hard disk drives a coach and horses through the licence agreements which are supposed to govern the use of all kinds of software installs. Provided the copy takes place within the same PC, this should not present a hardened techie with any challenges but those challenges look deeply strange to an everyday user. One that I find always furrows the brow of the anxious audience is the party trick when using a Virtualisiation tool on an ancient Windows XP machine. Almost always, these will start up in virtual mode thinking that they have to re-activate themselves with Microsoft, over a network interface that hasn't yet been installed and which therefore is bound to fail. The fix is to type into the activation box almost any XP key, so long as it's not the original key that came with the machine.

Spectators see me leap up, find a case with a dead PC inside it and copy down it's COA sticker something that lixes life, death, activation and virtualisation in a way that raises many echoes of zombies and voodoo and confirms all their suspicions about how nerds really work. For them, this is no different from biting the head off a chicken.

Before we dive into the morass of anecdotal hacks that enliven this entire activity for the well-informed insider, let's be clear about how these programs actually work. From the point of view of the simplest possible scenario the "dying laptop" situation there is no difference between a drive copier, a virtualiser, a corporate grade backup utility and a partition manager. All these pieces of software install some sort of small agent which can read everything from the hard disk, then make use of some nearby bit of disk to store what it has read in a semi-portable format. What you do once that initial copy has been secured may vary a bit; some of the variation comes because there are actual practical reasons for choosing one utility over another. Other variations come about simply because the utility-makers feel they would like to draw a line in the sand, which you are free to step over by handing them a chunk of cash.

Perhaps the most important of these variations is whether your utility can be booted up from its own CD, or not. It may seem horribly old-school to include "boot from CD" in a feature checklist that also includes "write image to iSCSI target" at the farthest opposite extreme of the list but it is still surprisingly and painfully relevant. Those who have long included a USB to SATA drive adapter in their little bag of tricks may know that not all of those little mysterious boxes are created equal. Especially when it comes to modern, larger replacement drives for laptops, the low-level drive support chipset inside the laptop can see a disk utterly differently from a third-party bargain-basement adapter box from a nameless manufacturer.

This is when CD-based booting for drive imagers starts to really bite, because ideally the workflow when you are given a misbehaving laptop like that relly needs to run "image old disk to temporary offboard store; swap out old disk for new; drag image back down from store to disk" and you can't really do that with a truly blank disk unless there's a quite complicated and fully-featured CD based bootup solution that understands both the PC and the range of storage methods open to the merry imaging wizard.

Here the market takes an early split into three: Those who give you a bootable CD as an ISO file (principally, Acronis), those who don't do anything at all like that (VMware) and those who leave you to make your own using arcane parts of the Windows PE environment (see http://firesage.com/winpe.phpfor a well-summarised overview of WinPE).

I know what's happening at this very instant: Sage long-standing VMware gurus are wagging their beards, because it's really not relevant to talk about standalone boot CDs in looking at VMware's Converter utility. It has a seat at the table on the general topic of copying partitions around and the whole physical-to-virtual (P2V) activity: But you'd not boot from something that way. I beg to differ with this assessment, mainly because the decision to go with one hypervisor (or backup system) or another can start right back with an evaluation of the workflow which will arise when a particular candidate dying machine meets another, particular candidate living new host platform.

The contrast to draw here is that while you can't boot a physical machine from a VMWare VM image file, you can do that with a .VHD, which is Microsoft's equivalent container in the world of Hyper-V.

So you might well start out thinking the (free) VMware Converter would push you down a road of rapid, pain-driven virtualisation to the (free) VMWare ESXi hypervisor space because you can't find any equivalent to Converter in the Microsoft download site: However, I would point out that it's often worth careful evaluation for only a few minutes (because time is always tight when things have got bad enough that you are having to make this decision) to look at what's just over the border between free and paid for.

I am here mostly thinking of Paragon's Virtualisation Manager, which has just hit v14. This addresses the lack of an official machine-to-VHD conversion program from Microsoft, and comes pitched carefully so that each conversion probably costs you not much more than about 30 per laptop. My run of logic is that if I were paid as much as a plumber per hour (which I'm not, incidentally such is the parlous state of Information Technology these days) then it would save me money to spend a bit of cash, to get a Hyper-V ready virtual machine straight out of a dying candidate on to my new and usefully unrestricted Hyper-V host Windows 8.1 PC.

There are other candidates in this field: Acronis are keeping up the pressure, and Symantec still have something that resembles the original Ghost utility: But the great problem here then becomes one of demarcation. I went to look at the Acronis site as I wrote these words to try to point the curious reader in the right direction, to find myself confronted by a series of adverts for a megascale cloud/virtualisation hybrid backup and snapshot system. This is not applicable to the simple laptop user scenario, and is symptomatic of a lot of blurring of "home" versus "professional" versions and areas of interest in the whole sector. Mastering the basic mechanics of developing an agent that sits inside a machine for copying purposes, and then bloating it so that it perpetually updates a warm-spare virtual image version of the whole PC on a second by second basis is over-engineering a solution on such a grand scale that it beggars both belief, and likely utility out there in the real world.

The kind of extended feature set that most hardened techies want is not about that sort of instantaneous megascale backup: Rather, they miss some abilities which are only left out as a way of distinguishing free or trial versions from paid-for ones a gap which to my mind is the fault of the something-for-nothing types, than it is a sin by the software architects and marketing men. For instance, lots of people take my recommendation of Paragon and pay money there because they get the idea that VMWare can only read a running PC (by being installed on it) whereas Paragon can read a disk rescued from a plane-crash laptop (once it's presented via a USB to SATA Adapter like the Freecom Drive Doock). The fact is that the range of options for input to conversion is a lot wider in Converter than it is in Paragon's offering but those formats are much more commonly found in the enterprise data centre than they are out in the comsumer computing backwoods.

One last and final tip: Do not imagine that a successful run of a utility is the end of a copying or virualisation process. It's only the start. Almost every type of VM or disk image format requires some later tweaking and post-convert tidying up, and sometimes these can look and feel rather drastic. Very few of these programs have the smarts to completely remove bits of the PC rendered redundant by their new format and host, like hardware monitoring utilities, LAN card drivers, graphics card utilites, and the rest. You will need to put time aside to tidying up as much as possible on the new clone of the old boat-anchor, as you did to choosing and then running your utility of choice in the first place.