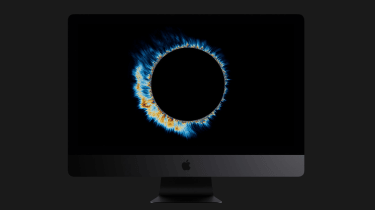 There are a number of different configurations of the device available. The standard configuration costs 4,899, but you can customise it to add different processors, memory, storage, graphics, and more that affect the price. For the 8-Core, Vega 64 graphics, 64GB memory and 1TB storage version you'll pay 6,159. However, If you prefer the 10-core version of this, it costs 6,879. The 10-core version with 2TB of storage is priced at 7,599.

Extra storage costs an additional 720 to upgrade to 2TB SSD and 2,520 for the 4TB SSD version.

Apple has also included different options for the Magic Mouse or Trackpad, the VESA Mount Adapter Kit, which will cost you more money, and you can buy Final Cut Pro X for 299.99 or Logic Pro X for 199.99 to come pre-installed with the device.

The all-in-one desktop Mac was announced at WWDC in June and boasts a 27in, 5K display, Radeon Vega graphics and a huge Intel Xeon CPU with up to 18 cores.

It will offer up to 128GB of ECC memory, up to 4TB SSD, a 1080p FaceTime HD camera, has stereo speakers, four microphones and, importantly, a 3.5mm headphone jack.

The iMac Pro was first announced back at WWDC in June, with Apple touting its 27in, 5K display, Radeon Vega graphics and a monstrous Intel Xeon CPU with up to 18 cores (8, 10 and 18 are all available) as perfect for those professionals who need some extra oomph without having to wait for the Mac Pro, due to launch next year.

It'll also offer up to 128GB of ECC memory and 4TB of SSD storage, 10Gb/sec Ethernet, support for up to two RAID arrays and two external 5K displays. Turbo Boost racks up speeds to 4.5GHz and with up to 42MB cache, it's the perfect companion for editing video, even if that's 4K, or performing any other high-intensity operations.

All this extra power is sure to generate a whole lot of heat though, but Apple has that covered with a completely redesigned thermal architecture. It features dual blowers, a larger heatsink and extra venting to allow 75% more air to pass through, cooling the extra two-thirds of power the Pro generates compared to the last iMac.

Apple said it's managed to pack all this business-centric tech into a design that's no bigger than the regular iMac.

"Everyone from video editors to 3D animators to musicians to software developers to scientists can do what they do like they've never done before. Introducing iMac Pro. A lean, mean dream machine," Apple said in its launch announcement.