What is an output device?

Monitors, speakers and printers all count as output devices, receiving data from your computer 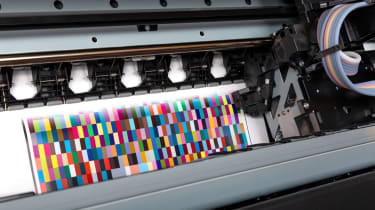 An external device that serves as an outlet for functions performed by a computer, whether audio or visual in medium, is known as an output device. This wider umbrella term spans all hardware units that can be connected to a machine to perform a specific function, and also includes devices such as printers or scanners.

Such devices use data from a computer to which they are connected and convert this into a variety of different outputs, depending on the nature of the device. The term output device covers an enormous number of peripheral types and external PC hardware, ranging from speakers to external monitors, although they all share the fact that they convert data received from the computer in another medium.

Among the most widely-used output devices is an external display. These may range, of course, from TVs to specialist monitors, but may also include a projector. These pieces of hardware are also becoming increasingly important given the rise in home-working.

They’re designed to convert data received from the computer into a visual format, manifesting as a graphical user interface (GUI) either on a computer's operating system, or in software. Deploying a monitor would allow any user to issue commands within the GUI and subsequently interact with the functions of the computer and instruct their machine to performing tasks.

Sound equipment and units of audio hardware are also among the most sought-after output devices, beyond external monitors. Translating data into sound, these normally take the form of internal speakers built into a notebook, for example, or external speakers. Although the speakers that are fitted into many laptops, phones or tablets won't require a lot of configuration, external audio devices do require some setting up, either by running cables between the PC and the hardware or through wireless technology such as Bluetooth or Wi-Fi.

The key functions of audio output devices is not only to playback audio tied with sound and video files, but to express any notifications that arise in the day-to-day running of the operating system and software. Pings may be expressed when an email is received, for example, or when software encounters an error of some kind.

Aside from display and audio output devices, there's another type of device that offers an output once pumped with information. Physical output devices create something tangible and yep, you've guessed it, a printer is the best example in this category.

A plotter is probably a less-known type of output device unless you work in the engineering or architecture sector. These machines comprise a large "arm" holding a pen and is used for sketching out vast images, such as plans. It's a more accurate way of drawing, ensuring every line is in the precise position it needs to be.

Alternative output devices may include ones that generate a kind of physical motion, such as in a connected gadget or robot - or even braille readers. These readers help the visually impaired to use computers by translating on-screen text to braille via raising and lowering a series of pins.