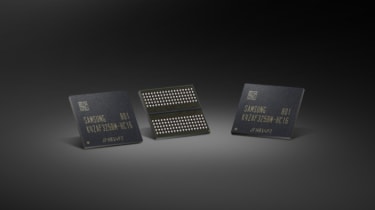 The South Korean technology company cites the 16GB GGRD6 as an "industry first", promising a set-up in performance over the GDDR5 meomery found in both business and consumer grade graphics cards and graphics accelerator chipsets.

The GDDR6 memory makes use of built on Samsung's advanced 10nm class fabrication process techology, and could help accelerate artificial intelligence training, which relies of GPU parallel processing, thanks to its "advanced graphics processing".

"By introducing next-generation GDDR6 products, we will strengthen our presence in the gaming and graphics card markets and accommodate the growing need for advanced graphics memory in automotive and network systems," Samsung Electronics' senior vice president of Memory Product Planning and Application Engineering, Jinman Han, said.

"With all of its improvements in density, performance and energy efficiency, the 16GB GDDR6 will be widely used in rapidly growing fields such as 8K Ultra HD video processing, virtual reality (VR), augmented reality (AR) and artificial intelligence," the firm added.

What is likely to help accelerate future AI-driven devices is that the fresh GDDR6 memory also comes in a 16GB density, which doubles the power of Samsung's previous 20nm 8GB GDDR5 memory. This means it will perform at an 18Gbps pin speed with data transfers of 72GBps, double the performance of the 8Gb GDDR5 chip that has a 8Gbps pin speed.

Also, because of its 10nm-class design, the 16GB GDDR6 version is also touted to bring a 30% increase in manufacturing productivity over the 20nm 8GB GDDR5 chip. And it could be that the likes of Nvidia put it to use in its Tesla and high-end graphics cards aimed at developers.

It's not been revealed when Samsung will be releasing this chip to the wider market, but it did announce the new memory will be making its presense felt in the premium memory market within next several years. This is due to the time it can take for fresh developments to trickle down in the mainstream markets.