Tablet sales decline for the 13th quarter in a row 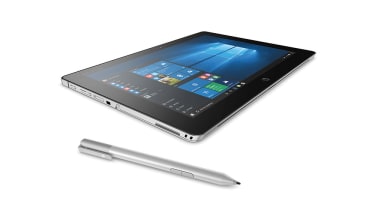 Sales of tablet devices around the world declined again in the last quarter of 2017, making that the 13th quarter in a row that shipments have dropped, according to figures released yesterday by market analyst IDC.

Its latest report on global tablet sales found that 49.6 million tablet units shipped worldwide in Q4 2017, compared to 53.8 million units in the same quarter the year before, a decline of 4.2 million year-on-year - a 7.6% drop.

IDC said the continued decline might be down to the devices not offering enough productivity benefits, and so have been used largely just to stream media services.

"With narrow margins some vendors are using this form factor as a portal to their larger ecosystems or to promote their brand within broader gadget market," the analyst house added.

Apple was the market leader in this category, IDC said, maintaining a solid lead in the holiday quarter and driving growth both through its lower-priced 9.7in iPad as well as its newly refreshed iPad Pro products.

However, it seems appetite remains strong for detachable tablet devices - form factors that include a keyboard design that makes them more useful as a laptop replacement. IDC said worldwide sales of these devices grew to 6.5 million in Q4 2017, an increase of 10.3% from the previous holiday season.

While continued growth for the entire year looks positive, it is showing signs of slowing as detachable tablets grew just 1.6% year over year compared to Q4 2016, down from 24%. However, this could be attributed to the timely launch of high profile devices like the Surface Book 2, which was off schedule, leaving older models on shelves as consumers and businesses laid in wait for product refreshes.

"To date, much of the trajectory of the detachable market has been attributed to Microsoft and Apple pushing their wares in the US," said IDC's senior research analyst, Jitesh Ubrani. "However, continued success of this category hinges on the willingness of other PC vendors to participate and more importantly, consumers from other countries to adopt the new form factor over convertible PCs."

Ubrani added that the first wave of Windows on ARM-based devices is expected to begin shipping in the second quarter of 2018, and as a result, believes the detachables category "has the potential to continue its growth trajectory".