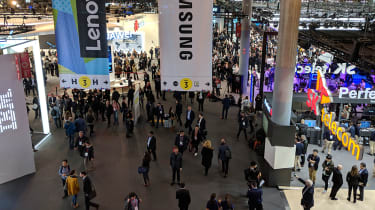 Mobile World Congress is usually an exciting occasion, full of impressive tech and shiny devices.While this year's show played host to a fair number of smartphone launches, some of the most interesting things came from the enterprise side of the conference, with advances in 5G and other areas of innovation.

With another year gone, we've rounded up our picks of the best bits of the show, from new flagship smartphones to technical achievements. Read on to learn more about our favouriteproducts and technologies at MWC 2018. 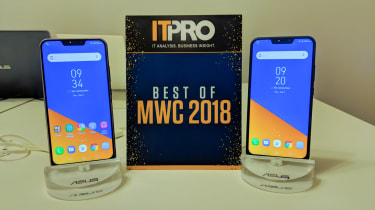 The first thing that jumps out about Asus's latest smartphone is how visually similar it is to Apple's iPhone X - it's even got 'The Notch' at the top of the screen. Dislike for The Notch aside, it's a very attractive device, and offers iPhone X-style looks for half the price.

That's not why it's worthy of claiming an award, though. No, it wins one of our Best In Show awards because it gives you a cutting-edge Qualcomm Snapdragon 845 processor and an edge-to-edge display for an asking price of just 500. That's a good deal by any measure. 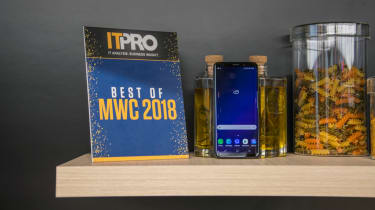 After the Galaxy S8 was such a runaway success last year, all eyes were on Samsung to see whether the Galaxy S9 could continue the company's winning streak. The Korean giant took the lid off its new device on the Sunday before the show, and sure enough, it looks set to be the best phone of 2018.

There's very little that's especially new about the Galaxy S9, but that's a good thing. Samsung has listened to feedback from customers, taken it on board and tweaked the S9's design to reflect the changes they want. It's more of a minor revision than a full-blown successor, but the S9 promises to have sanded off what few rough edges the Galaxy S8 had. 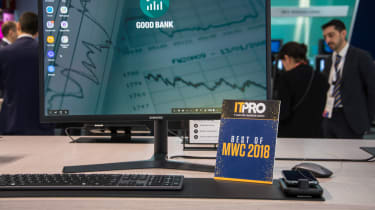 One of the most surprising features of the Galaxy S8 was its ability to transform into a full-on thin client solution through Samsung's DeX Station. The company has now releasedthe DeX Pad, which improves upon the best bits of the original DeX and adds some nifty new features.

Among them is support for multiple resolutions, the ability to apply corporate branding to DeX, and - best of all - the ability to use the S9 itself as a touchpad when it's connected without a mouse. You lose a port or two, admittedly, but throw in the fact that it's smaller, lighter and cheaper than the original, and you've got a real winner. 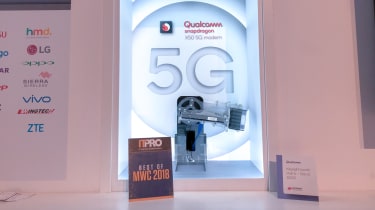 Qualcomm has been talking about its 5G efforts for a while, which includes the X50 5G modem. It's only recently, however, that we've actually seen its performance in proper tests. The chip managed 5G download speeds of 4.5Gbits/sec in tests conducted a few weeks prior to MWC, and it managed to maintain those speeds when we saw it tested at the show.

Although we're not hugely confident in the ability of network operators to roll out timely support for 5G technology, Qualcomm is painfully close to making 5G-compatible hardware a reality on the manufacturer side. 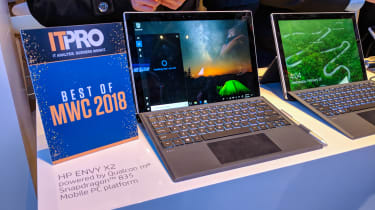 The HP Envy X2, first unveiled at this year's CES, is part of the first crop of Microsoft's OEM partnerships to create ultraportables powered by Qualcomm's Snapdragon processors.

Reminiscent of HP's Elite X2, the Envy X2 is a razor-thin detachable that promises a 20-hour battery life and 4G connectivity, twinned with the productivity features of a standard Windows laptop. If it can strike the right balance, it could be a real game-changer. 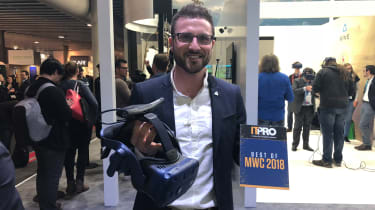 While VR is being touted as the future by many, others are sceptical about how useful it's going to be, given that high-end VR headsets require you to be lashed to a PC in order to drive smooth, high-fidelity visuals. Thanks to HTC's Wireless Adaptor (originally announced at CES 2018), this concern is no longer an issue.

Based on Intel's WiGig technology, this accessory allows you to use the HTC Vive with no wires, other than a single battery pack. Performance is smooth and seamless, and the technology could genuinely make VR practical enough to reach widespread adoption. 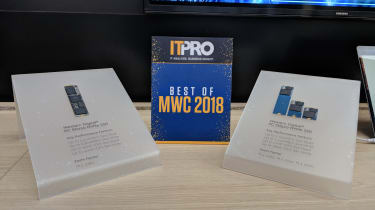 Western Digital is up there with some of the best in the business when it comes to storage technologies, and the company is pushing forwards with a new SSD built to take advantage of 3D NAND storage architecture. The drives aren't currently being made available for consumers, but are instead being offered to selected OEM clients.

The Western Digital PC SN720 is the first drive to be built on the company's new NVMe SSD controller architecture, which is designed to harness the performance and scalability boosts offered by 3D NAND. Performance looks to be very impressive indeed, and if this is an indication of what the company's new firmware and architecture can do, we're expecting big updates to WD's data centre portfolio.