A capable workstation, but outperformed by the best alternatives in its price category 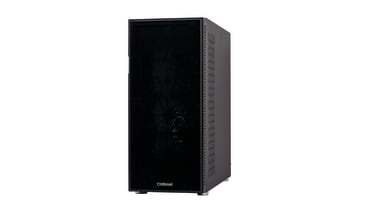 Chillblast set its Core i7-8700K to run at 4.7GHz, quite a bit over the chip's nominal 3.7GHz specification. This is backed by 32GB of 2,400MHz DDR4 memory, supplied as two DIMMs, which leaves two more memory slots free for future upgrade. With 1,792 CUDA cores and 8GB of GDDR5 memory, those Quadro P4000 graphics make for a very capable professional accelerator too.

Storage takes the standard form of a solid-state disk and hard disk. Chillblast is a little stingy with the SSD, providing only 250GB, although this is still a fast Samsung 960 Evo M.2 NVMe model, offering 3.2GB/sec reading and 1.6GB/sec writing. The hard disk is a generous 3TB Seagate Barracuda 7200.14 SATA 7,200rpm unit, with 193MB/sec reading and 191MB/sec writing. What you lose in capacity on the SSD you more than gain on the hard disk, but we would have preferred more SSD space for installing applications; you could find yourself running out with just 250GB on the primary drive. 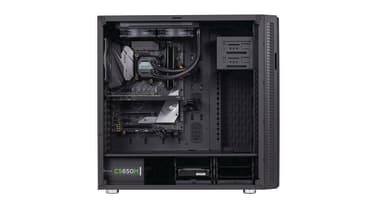 In IT Pro's benchmarks, the Chillblast was superb at image editing, but disappointingly slow with video encoding and multitasking, giving it an underwhelming overall score. Maxon Cinebench R15 rendering was better, with a creditable score of 1,599. However, the Blender render took 2,527 seconds, which wasn't nearly as impressive. The Quadro P4000 doesn't have enough memory to complete this render via GPU, although 2,832 in the LuxMark 3.1 GPU test shows it has decent capabilities.

The Adobe Media Encoder test took 351 seconds with CUDA and 622 seconds without, which is once again sluggish. Modelling performance is also a little behind similarly specified systems. The Maxon Cinebench R15 OpenGL score of 174 is good on an absolute scale, but many rivals are quicker. SPECviewperf 12.1 results are mostly par for the course for a P4000-equipped workstation.

Overall, while there's nothing particularly weak about the Chillblast Fusion Render OC Lite, it's eclipsed by other, better-equipped rivals that can produce more impressive results. A workmanlike but underwhelming workstation.

While there's nothing particularly weak about the Chillblast Fusion Render OC Lite, it's eclipsed by other, better-equipped rivals that can produce more impressive results. A workmanlike but underwhelming workstation.