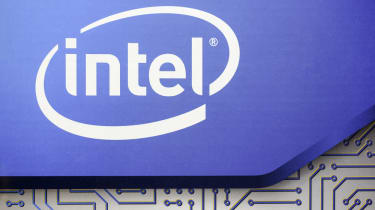 Details of Intel's ninth generation Core i7-9700K processor appear to have leaked on a Chinese forum, before quickly getting redacted, suggesting the chipmaker won't be providing hyper-threading technology on its new piece of kit.

If the leak - on Asian website Coolaler - is accurate and Intel isn't building HTT into its new processor, that would mark the first time in years that it hasn't included the signature feature on a Core i7 part.

The chips will be based on Intel's eighth-generation Coffee Lake architecture and will reportedly get the name Coffe Lake S.

As tech news sites began picking up the scoop, the topic was removed from the Chinese website, as explained by Digital Trends.

The Core i7-9700K will likely be the standard performance chip in the Coffee Lake S family and will boast eight cores and eight threads that run from 3.6GHz to 4.9GHz, according to reports of the leak, and it will have 12MB of cache and a thermal design power (TDP) of 95W.

Meanwhile, Intel will make its forthcoming Core i9-9900K the elite processor, with eight cores and 16 threads and a base clock speed of 3.6GHz that ramps up to 5GHz. Onboard cache will weigh in at 16MB, while it'll sport a 95W TDP.

Finally, the mid-range chip of Coffee Lake S will be the Core i5-9600K, which will feature six cores and six threads. The processor will offer a base speed of 3.7GHz and go up to 4.6GHz, with 9MB cache and a 95W TDP.