Should I be buying refurbished IT kit? 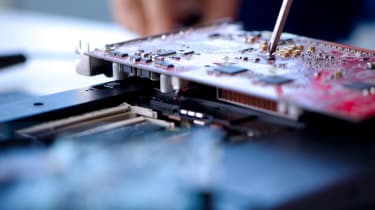 Some refurbished kit is safer than new," Scan Computers' Keith Williams told us, before admitting that he isn't a fan of the word "refurbished" at all. When products have been retested, re-warrantied and put back on sale, he describes them as being "recertified".

He described the tortuous route a product might take from the Far East to a British desk: a dozen time zones, countless distribution centres, from hot and humid factories to cold and dry aircraft. Every step of the way there's potential for something to work its way loose.

Whatever it is, Williams claimed, "it's normally an easy fix and then, when they're retested at the local centre, they'll do double the tests that it needs."

Products that are dead on arrival are rarely fatally flawed. That presents an opportunity for a savvy buyer. You may be picturing secondhand equipment, but much refurbished or recertified hardware has never been used. Not only is it good as new, it may have been through a more strenuous testing procedure than the factory-fresh alternative.

Where PCs are concerned, the product might simply have been unwanted rather than flawed. "Laptops should come out of retail stores with a 14-day money back guarantee," Williams said. But, if they come back, "a lot of stores haven't got time to test them themselves, so they're sold off to a refurbish house at a much lower cost than retail."

Yet, even if it was returned before its first boot, the retailer often needs to take a loss if it wants to get it off its books. "They'll take off the VAT, then discount the balance to 40% or 50% of the value. The refurb house will buy it at that price, do any cleansing it needs, often using Blancco to blank off Windows before a full reinstall. They'll do 70 to 100 additional tests, replace any damaged packaging, swap out faulty parts for originals, then sell it to Scan."

Even after the refurbishment house and a retailer such as Scan has marked it up for profit, business buyers can expect to make a saving of 20% on the latest kit.

If you're happy to buy something a little older, the savings will be even higher.

Winding back the clock

Tier 1 Asset Management is a data security company working with some of the financial sector's biggest high-street names. Most refresh their IT on a three-year cycle, but where shops, home users and many small businesses could safely leave their hardware at the tip for recycling, these institutions need to ensure that the processes they use won't expose any customer data.

"So, they give it to a data security company like us," said Tier 1's Carl Watts. "We securely remove the data, providing the institution with an audit trail and, as a by-product, having the equipment to sell."

As well as individuals, Tier 1 also sells into business and education sectors, offering a peace-of-mind guarantee that nobody will stumble across sensitive information.

"The most expensive laptop we're selling is the Lenovo ThinkPad X1 Carbon Ultrabook," Watts said, reeling off specs that include a Core i7 processor, Full HD screen and a 256GB SSD. The asking price, for a Grade A refurbished unit, is just 619 including VAT and delivery (515 exc VAT).

Why spend 1,500 on a new ThinkPad when you can pick up a refurbished model for under half the price?

"Bear in mind this machine is just over two-and-a-half years old. If you were to buy the new equivalent Lenovo model today, visually they don't look much different. The processor might be slightly faster, but the specifications won't deviate that much, and you would be looking at spending well over 1,500."

While the 1,500 machine may last longer, the economics of buying refurbished kit often work in its favour. Paying a half or a third of the full price gives businesses the flexibility to upgrade two or three times within a regular purchasing cycle and, often, buy higher-specified hardware than would be available at entry-level prices elsewhere.

The grade A kit that Watts refers to will have minimal marks, a warranty and no broken parts. However, all of the manufacturers grade their kit differently, and it's important to check precisely what they mean before you buy.

The week before we spoke, Williams had been offered a consignment of Apple Watches. They were the latest model, "beautifully packed, with all the parts and a ten-month warranty". Yet, while the product itself was pristine, the mobile network selling them had marked them down to grade B. Why? Some of the boxes were marked.

When grading is such a subjective matter, it's important to have some comeback. Tier 1 and Scan both, predictably, stressed the importance of buying from a source with a history, reviews and, more crucially, a guaranteed future.

"If you're buying through eBay, are you getting a genuine Microsoft licence? Will the machine stop working in six months' time? Could it have some software on there that you don't know about because it's not been data wiped properly? There could be anything on that machine, you just don't know," said Watts.

Williams agrees. "What guarantees have you got from them about the tests that have been done? [Buy from eBay and] it could be a guy sitting in a garage who has bought something from a car boot sale, given it a wipe over with an oily rag and put a non-official copy of Windows on it."

Which brings us to a secondary benefit to buying refurbished: it may be the only way businesses can legitimately get their hands on a freshly installed copy of Windows 7, which Microsoft still licenses for use on refurbished kit.

Different... but the same

With unpredictable availability, buying refurbished kit is often seen as most practical for smaller businesses that only need to outfit a couple of seats at a time. That's not always accurate, though. Tier 1 processes 80,000 laptops and desktop PCs a year, usually bought in large quantities from big businesses who invest in bulk.

Scan, too, buys large loads to provide adequate levels of stock, such as the 2,700 Nexus phones and tablets it bought from Google. Advertising them at a third of the usual price attracted 7,000 orders in the first 24 hours. Naturally, not everyone could be satisfied. 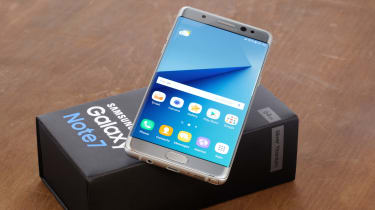 Firms don't only change the stock codes of refurbished kit but sometimes the whole name, as in the Galaxy Note FE

However, with a little bit of research, browsing the listings can turn up significant levels of stock under alternative names. Stock codes, like the European Article Number (EAN), may be changed on otherwise identical products to denote the fact that they've been refurbished and to save anyone about to spend 1,000 on a laptop wondering why the same thing is on sale for half that price elsewhere. Other times, whole product names can be changed, as happened when the Samsung Galaxy Note 7 was recalled when the battery was identified as a fire risk.

"But 95% of the product was okay," said Scan's Williams, who grades Samsung's refurbishment process as "second to none".

Nine months after the recall, Samsung re-released the phone as the Galaxy Note FE, or Fan Edition, with a lower-capacity power cell and trimmed price to match. The 999 phone was now selling for 399, despite being ostensibly the same product, and the additional work Samsung had done to get it ready for market. This included a new eight-point battery check to make sure it was safe.

"If a product is recalled, they fix the problem and it'll probably be safer than it was when it was sold the first time," Williams explained, bringing us full circle.