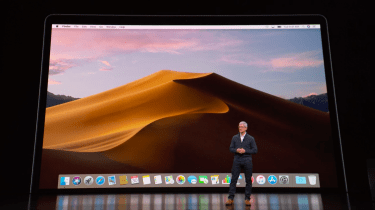 Apple has finally given in to fans' demands, releasing a slew of new updates to some of its most beloved products including the Mac mini and the MacBook Air.

The company took the wraps off its new devices at an event in Brooklyn, New York. The bulk of the event was dedicated to the new iPad Pro models, but many old-school Apple fans will be more excited by the re-launch of fan-favourite Mac devices. The MacBook Air, for example, was first revealed in 2008, but hasn't had a significant update for several years despite remaining one of the company's most popular notebooks.

The company has refreshed the MacBook Air at long last, adding some heavily requested features like a high-resolution Retina display and current-gen processing hardware. The new MacBook Air features a dual-core Intel Core i5 processor clocked at 6GHz, with a maximum RAM capacity of 16GB and up to 1.5TB of SSD storage. Like its other laptops, Apple has gone all-in on USB-C for the newest MacBook Air, and the redesigned chassis features two Thunderbolt 3 ports in place of the previous USB Type-A connector.

Apple has also borrowed features from its newer MacBooks, like the excellent butterfly keyboard and Touch ID support (enabled by Apple's T2 security chip) from the most recent MacBook Pro redesign. The speakers have been beefed up too. 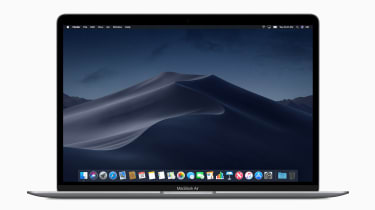 One of the original MacBook Air's defining features was that it was unbelievably thin and light, so it's unsurprising that Apple has trimmed some of the fat from the MacBook Air. What is surprising is the fact that it hasn't trimmed all that much.

The newer MacBook Air weighs in at 1.25kg and 15.6mm thick - not all that much smaller than the 1.34kg and 17mm thickness of the previous model, despite the fact that this particular design has been around since 2010. In fact, the MacBook Air is ever-so-slightly thicker than the MacBook Pro - at its widest edge, at least.

The biggest difference is the retina screen, which now has a 2,560 x 1,600 resolution (up from 1,440 x 900) and a higher-quality panel, which supposedly features almost 50% more colour. The bezels have also been massively reduced compared to the last version, meaning the same 13.3in display can be fit into a smaller footprint. The new MacBook Air will start at 1199 inc. VAT, and is available for pre-order now, with shipping starting from next week.

Elsewhere, the Mac mini has also had an update for the first time since 2014, adding desktop-grade Intel processors starting at four cores and moving up to six cores, with support for a maximum 64GB of memory. It has a brand new cooling system to maintain thermal efficiency and it even comes in a new Space Grey finish. 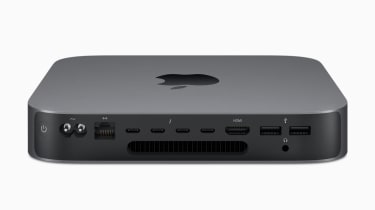 Connectivity has been boosted too, courtesy of four Thunderbolt 3 ports, 2 USB Type-A ports and an ethernet port configurable up to 10Gbe. The new Mac mini starts from 799 inc. VAT and will also begin shipping next week.

The biggest portion of Apple's event was devoted to the new iPad Pro. The company's flagship tablet has been totally redesigned; as with the iPhone X, Apple has ditched the home button and added an edge-to-edge display, although it sadly isn't an OLED panel.

Like the last generation, the new iPad Pro comes in two sizes. There's an 11in version, which maintains the same physical footprint as the previous generation but ups the size of the display, and the 12.9in version which does the reverse, keeping the same screen size but reducing its footprint. The thickness has also been fractionally reduced to 5.9mm on both models.

Amazingly, the seemingly less likely pre-release rumours were true as well: Apple has indeed switched from a Lightning port on the iPad Pro to a USB-C connection, allowing users to connect the iPad to storage devices, external displays, docking solutions and third-party chargers. This will likely make the iPad Pro much more attractive to businesses, although the question of whether the lack of a trackpad will prove to be a barrier still remains.

Unsurprisingly, specs have received an upgrade too, with Apple moving to its A12X Bionic chip as expected. This 7nm octa-core chip supposedly offers 90% faster multi-core performance over last year's A10X Fusion processor along with 35% better single core speeds and more capable graphics performance. The new models go up to a massive maximum capacity of 1TB too. 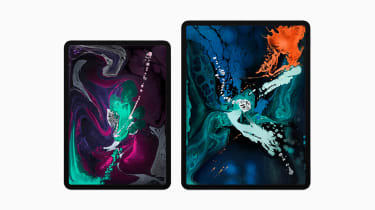 Creative tasks are still high on the list, and the Apple Pencil has been refreshed along with the iPad Pro. It now attaches magnetically to the side of the device (just like the Surface Pen) and charges wirelessly whenever it's attached. It also includes a new interaction method, where contextual actions can be performed by double-tapping the side of the device.

These upgrades will come in handy for designers, as Adobe Photoshop and Autodesk's AutoCAD software is coming to iPad. These aren't stripped back mobile versions, either - it's supposedly the full desktop experience, including all of the regular features.

The 11in version starts from 769, and the 12.9in model starts at 969. As with the other devices launched at the event, both models will be available next week.